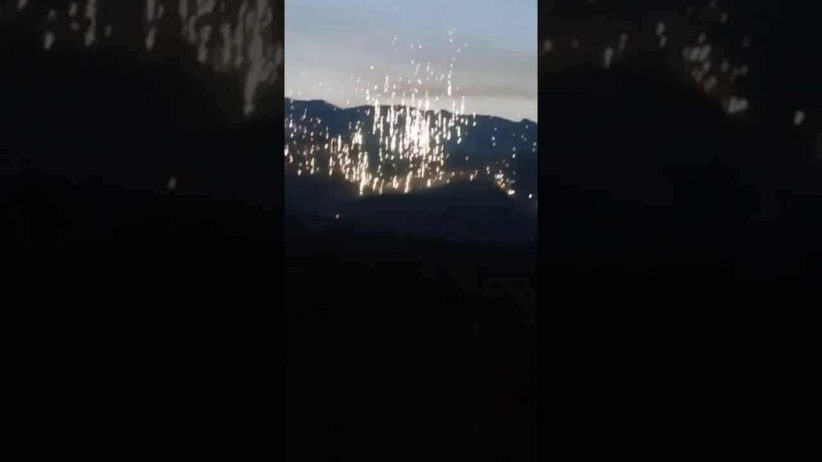 In the video, white phosphorus can be seen falling on trees in a forested area of Karabakh, sparking fears of potential fires.

According to the Protocol III of the Convention on Certain Conventional Weapons, the use of air-dropped incendiary weapons against military objectives within a concentration of civilians is simply prohibited.

Per Reuters, white phosphorus munitions can be used on battlefields to make smoke screens, generate illumination, mark targets or burn bunkers and buildings.

When a white phosphorus shell explodes, the chemical inside reacts with the air, creating a thick white cloud. When it comes in contact with flesh, it can maim and kill by burning to the bone.

“White phosphorous weapons spread burning phosphorous, which burns at over 800 degrees centi grade (about 1,500 degrees fahrenheit), over a wide area, up to several hundred square meters. The burning will continue until the phosphorous has been completely depleted or until it no longer is exposed to oxygen. The weapon has a potential to cause particularly horrific and painful injuries or slow painful death,” Peter Herbya, head of International Committee of the Red Cross, had said in an interview.