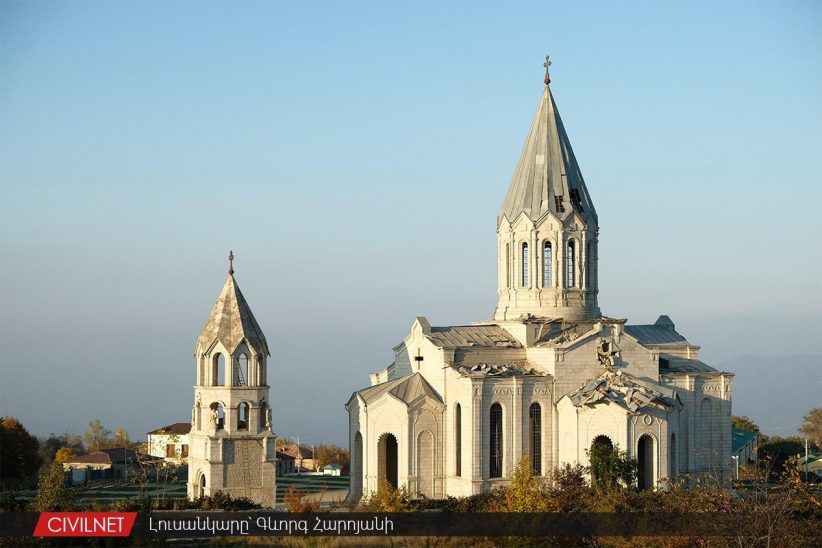 “The enemy is within a few kilometers from here [Shushi], maximum five. The enemy wishes to capture Shushi,” said Karabakh President Arayik Harutyunyan said in a video message released on October 29. “As in 1992, when our victory began with the liberation of Shushi, today, our victory depends on the defense of Shushi.”

On the same day, President Harutyunyan wrote the following message on his official Facebook:

“Today, at this crucial moment in history, when Turkish-Azerbaijani as well as terrorist groups are attacking Artsakh with all their military resources and with the intention of ethnically cleansing or expelling the Artsakh Armenians who have been living in their homeland for thousands of years, we are in a life-and-death struggle in unequal conditions in all respects.

At this moment, they are threatening not only our homeland and existence along the entire frontline, but they are also investing serious military resources in the direction of Shushi, with the aim of conquering the proud Armenian fortress city at all costs.

As the Supreme Commander-in-Chief of Artsakh, I once again call on you to join and defend our Shushi, our Artsakh, our national dignity.”

Also Watch: The Politics of Decision Making and the Nuclear Option

Timeline of October 28 Bombings in Karabakh