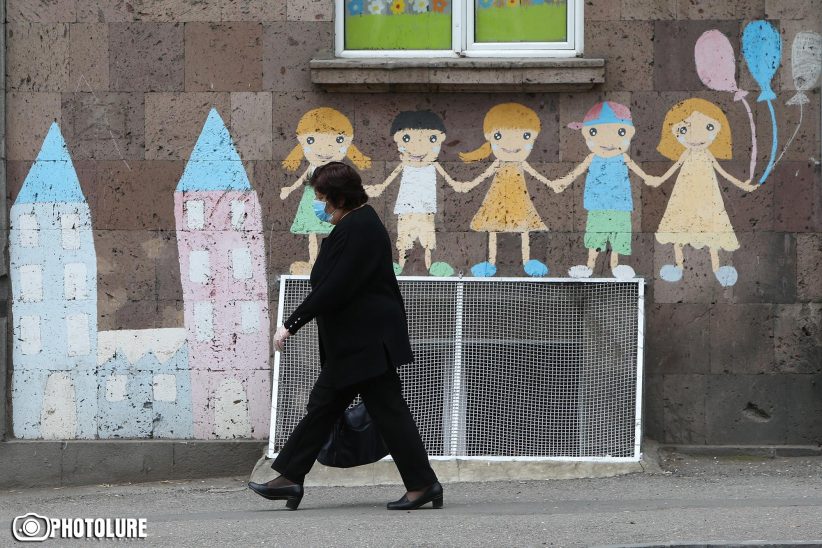 Armenia’s politics has seen a wave of violent threats and confrontations in the past two weeks, highlighting the vulnerable state of the country’s nascent democracy nearly two years after the landmark Velvet Revolution swept a reformist government, led by Prime Minister Nikol Pashinyan, into power.

On April 28, Alen Simonyan, the National Assembly’s Deputy Speaker, a representative of the ruling My Step alliance, and a close ally of Pashinyan, traded barbs with Edmon Marukyan, the leader of the opposition Bright Armenia party. The confrontation echoes the escalating tensions between the government and the opposition over the country’s path moving forward. Marukyan in particular has emerged as one of the Pashinyan administration’s most vocal critics, opposing its stances on numerous projects, from the planned constitutional referendum to its handling of the country’s ongoing coronavirus outbreak.

The argument began when Simonyan made derogatory remarks about a third lawmaker, Ani Samsonyan, who represents Bright Armenia, Marukyan’s party. Simonyan’s comments toward Samsonyan, which have been widely seen as sexist, led to a tense exchange between Marukyan and Simonyan, with each man hurling personal insults at the other.

Following the feud, both Marukyan and Simonyan posted apology videos on their Facebook pages. In his video, Marukyan apologized for his role in the incident, but also made a point of denouncing Simonyan’s comments toward Samsonyan. For his part, Simonyan focused on his remarks about Samsonyan, saying that he “respects all women” and claiming that his comments were made “in anger”.

Samsonyan also published a Facebook post in response to the incident, thanking her supports for the outpouring of support she has since received and calling for changes to the male-dominated “culture” that dominates Armenia’s politics. Three other female lawmakers from Armenia’s overwhelmingly male legislature—Taguhi Ghazaryan, Lilit Makunts, and Naira Zohrabyan—all make similar calls to “change the [male-dominated] culture” of Armenia’s politics. It is notable, particularly given Armenia’s deepening political polarization, that Ghazaryan and Makunts are representatives of the ruling My Step alliance, while Zohrabyan is a member of the opposition Prosperous Armenia party.

Echoing their comments, human rights activist Zaruhi Hovhannisyan suggested that the National Assembly should convene an ethics committee to handle sexist and other discriminatory remarks made by lawmakers. Arman Tatoyan, Armenia’s Human Rights Defender, also commented on the controversy, condemning Simonyan’s remarks and underlining the importance of ensuring respect for women.

Just a day later, Simonyan then became involved in a physical altercation with Artur Danielyan, a vocal government critic, when the two men had a chance encounter in downtown Yerevan. Danielyan is a co-founder of Adekvad, one of Armenia’s most prominent emerging far-right groups, which has become well-known for its xenophobic, antifeminist, and homophobic positions. According to media reports, Danielyan began swearing at Simonyan, after which Simonyan physically assaulted Danielyan. Both men have been hospitalized for injuries sustained in the ensuing brawl.

Simonyan quickly published another Facebook video, apologizing for attacking Danielyan, but also asserting that he could not have let Danielyan’s insults go unaddressed. Additionally, Simonyan pledged to comply fully with law enforcement agencies in their investigation of the confrontation, which is being led by Armenia’s Special Investigative Service. Meanwhile, Danielyan’s lawyer, Tigran Atanesyan, has called on Simonyan to resign and has vowed to press charges against him.

The very next day, Pashinyan launched into a diatribe against Artur Vanetsyan, the former head of Armenia’s National Security Service (NSS). Several days earlier, Pashinyan’s spokesperson, Mane Gevorgyan, accused Vanetsyan of abusing his former position as NSS head to buy a stake in the Zangezur Copper-Molybdenum Combine, Armenia’s largest mining enterprise, from Mikayel Minasyan. Minasyan is the son-in-law of former President Serzh Sargsyan, the former Ambassador of Armenia to the Vatican, and an active member of the opposition.

Vanetsyan has denied the allegations, which he claims are part of an ongoing smear campaign against him organized by Pashinyan and his inner circle. In defending his claims, Vanetsyan points to a series of critical articles about him published in the Armenian Times (Haykakan Zhamanak) newspaper, whose editor-in-chief is Anna Hakobyan, Pashinyan’s wife. A defamation suit filed by Vanetsyan against the newspaper remains ongoing.

Earlier this month, Pashinyan made even more inflammatory remarks about Armenia’s pre-revolutionary authorities, suggesting in a Facebook video that they could have been “lynched”.

Political Violence in a Transitioning State

U.S.-based political scientist Anna Ohanyan has argued that one of the reasons the Velvet Revolution succeeded two years ago—“its strategy of remaining within the bounds of [the] constitutional order…established by the former authoritarian regime”—may ultimately prove an obstacle to future reform efforts. It is, after all, easier to remake a system from the outside than it is to reform a system from within.

This failure to fully dismantle the pre-revolutionary system has left Armenia’s democracy at an extremely vulnerable point of transition. Indeed, since coming to power, Pashinyan’s widely-publicized drives to rid Armenia of systemic corruption and reduce the political influence of the pre-revolutionary authorities have resulted in piecemeal reforms and ongoing criminal cases at best, falling far short of his supporters’ expectations.

The recent spate of social and political violence in Armenia underlines the challenges the country faces in navigating this difficult position. With the pre-revolutionary authorities doing everything in their power to frustrate and undermine Pashinyan’s reform program—from disseminating fake news to supporting anti-government civil groups—there is little left for many Armenian politicians to do aside from insulting and attacking one another. At the moment, it would seem that confrontation and violence are, unfortunately, the tools that many Armenian politicians resort to most easily.

A Statue of Mahatma Gandhi is Welcome in Yerevan