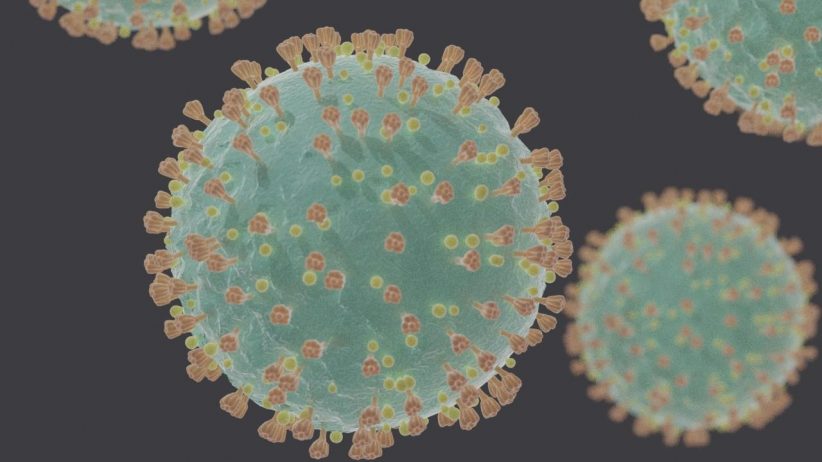 As dozens of research groups around the world race to create the first vaccine for COVID-19, in late February, Moderna, a Massachusetts-based biotechnology company, announced that it had shipped the first batch of its clinic-bound vaccine, called mRNA-1273, to the U.S. National Institute of Allergy and Infectious Diseases for use in a planned Phase I study.

The vaccine will be tested on 45 healthy patients at the Kaiser Permanente Health Research Institute in Seattle, Washington.

Moderna’s researchers were the first to create trial-ready vaccines using mRNA technology. The company uses messenger RNA (mRNA), a form of genetic material, to deliver instructions to a person’s cells. From this information, cells make requisite antibodies to protect against viruses. Alternatively, the instructions can also be utilized to instruct cells to produce proteins that are missing in particular diseases.

To understand the work behind Moderna’s early success, CivilNet spoke with the company’s co-founder and chairman Dr. Noubar Afeyan, a member of the MIT Board of Trustees, and a biotech entrepreneur. Afeyan is a philanthropist, most recently as a co-founder of the Aurora Prize for Awakening Humanity.

Syuzanna Petrosyan: In the case that testing is successful, what is a realistic timeline for approval and availability of the vaccine? And, in times of crises such as this, are procedures accelerated?

Noubar Afeyan: It’s true that the speed of entry to the clinic has been without precedent. There is a lot of uncertainty around what happens after this. We are within days of testing the samples on healthy volunteers. This first phase is purely looking at whether it is safe on healthy people, then it will be tested on a larger group, which will be the phase 2 trial. This will take a few months. There you try different variables, particularly to see what’s the most effective dose that creates a strong immune response. It’s only in a phase 3 trial that you test on many thousands of people. And there are two main reasons to test on thousands of people. One is to make sure it’s safe very broadly and not just for 10, 20 people. The second reason is because you need a certain amount of people in an effected zone to ensure that at least some of them could come into contact with the virus so that you are able to see the treatment effect. In other words, if 10% of the population had been exposed, then you would do a smaller trial. But because the numbers are still pretty small as a percentage of population, you have to test on a large number of people.

Timing is hard to say. The national authorities in the U.S. that we are collaborating with, like Dr. Anthony Fauci, who is head of the U.S. National Institute of Allergy and Infectious Diseases, say that they take 12-18 months. In emergency situations you have to think about what can be done particularly for vulnerable populations, such as healthcare workers or certain populations that have other health complications that make them susceptible to getting a bad version of the virus. In times like these, people want to try everything and anything, but there is a real danger that not only could there be unknown safety effects but also it really does jeopardize the underlying therapeutic methodology which nobody wants to fail by rushing.

SP: Moderna created the vaccine just 42 days after receiving the genetic sequence of the COVID_19 virus. What were those 42 days like behind the scenes?

NA: The team at Moderna, which has large scientific and manufacturing departments, worked incredible hours and showed a lot of devotion to move very quickly. The good news for us was that our team had been collaborating with the National Institute of Health team on other coronavirus vaccines. For example, we had been working with them on the Middle East Respiratory Syndrome (MERS) vaccine using the same mRNA technology. So we didn’t start from scratch, we had the relationships, and this is the reason we were able to move very quickly.

The other interesting thing is that Moderna is a company that’s working on many different drugs and vaccines. And as such, one of the things we have been developing for many years is what’s called a cancer vaccine. It involves taking a sample from a tumor and identifying things in the tumor that might be immunogenic, which means that the immune system of the patient, if they saw enough of it, could mount an immune response and go kill the cancer. We are not the only ones working on this, this is a whole field called therapeutic vaccines. The reason I bring it up is because we’ve been working on this personalized cancer vaccine (PCV) program at Moderna. PCV requires a very rapid methodology that goes from a patient tumor sequence, to identifying antigens, making them very quickly, and putting them in a vial and shipping them to try it on that same patient. That workflow is identical to the workflow we have to use for COVID-19.

SP: Did any of the drug development take place in countries other than the US? Other companies seem to be collaborating with the Chinese on this.

NA: Moderna’s work is done locally in Cambridge and Boston. Of course, we collaborate with people around the world but actual work is done here.

SP: Considering that many of Moderna’s current vaccine candidates are still in Phase 1 and Phase 2 testing, have there been discussions regarding scaling up production to meet demand in the event a COVID-19 vaccine is approved?

SP: Despite its early success, the company, Moderna hasn’t been without criticism. These include secretive data, roadblocks due to the loss of good talent. How do you respond to critics and, as chairman, how do you balance the company’s day-to-day management issues with its overarching goal to provide treatments to historically overlooked diseases?

NA: In the first three years of the company’s nine-year history we were quite secretive and not because we wanted to be but because we didn’t know what we were going to end up with. We didn’t know what was going to work and what wasn’t. There is an interesting misconception among the media that covers the frontiers of science, which is that they think somehow it’s predictable and validatable, and that you have to be transparent. The reality is that if you are on an exploration, it’s difficult to be able to predict what you are going to find. The underlying issue is always that in the beginning you are constantly trying, failing, until you identify what works. And when it works, you have something to talk about. In the pharmaceutical discovery space, which is where we are, there are many definitions of what works. It can mean, it “works” in the laboratory, or it “works” in animal trials, or it “works” in early clinical trials. And if it fails to fail long enough, that’s ultimately considered a success. Unless and until you go through the journey, it’s a little bit like asking somebody in a marathon for the first time, after the first mile, what makes them think they’ll get to the finish line, what makes them think they’ll be the first. The answer is nothing makes you think that actually. So I would say “guilty as charged” as it relates to our explorations and excavations, and trying new things.

SP: Aside from the COVID-19 vaccine, is there another potential vaccine in Moderna’s pipeline that excites you?

NA: The most advanced program is the cytomegalovirus (CMV), which infects some 60% to 70% of the population. In women who are pregnant, it has a very severe birth defect likelihood. We just finished recruiting our phase 2 trial patients, and assuming that goes well, we’ll start phase 3 shortly. That should be a large broadly applicable vaccine. We have also done two trials on pandemic influenza strains.

SP: When you were working with Dr. Fauci, who heads the U.S. National Institute of Allergy and Infectious Diseases, how was the neutralizing antibody for the vaccine selected? It seems that there were likely multiple targets you could have gone after. How did you select that one?

NA: That was done by their expertise and years of work with other coronaviruses. They are the ones who had the know-how to do that and that’s why our partnership has been extraordinarily helpful. It really is a partnership. It’s not like they had the problem and we had the solution. The world has the problem and we both had parts of the solution, and now we’ll see if a vaccine works.

If nothing else, the COVID-19 episode is going to dramatically change society’s relationship with the flu. People think that this is getting us ready for some future threat, but we have been living with the threat. The very same behaviors of going into crowded places, having people sneeze and cough on you, that’s how the flu is transmitted, exactly the same way as COVID-19 is being transmitted. And yet, we view the flu as part of living and we view the COVID-19 like some major terrorist activity. Either we are going to have to start working from home because we are afraid of the flu, or we’ll have to come up with other ways to mitigate it.

Syuzanna Petrosyan is an Associate Director at the USC Institute of Armenian Studies. Follow her on Twitter.

Stop Femicide: Protest in Gyumri After Brutal Beating of Girl and Murder of Mother

Armenian National Football Team Gets New Head Coach, Amid Doubts on His Fitness