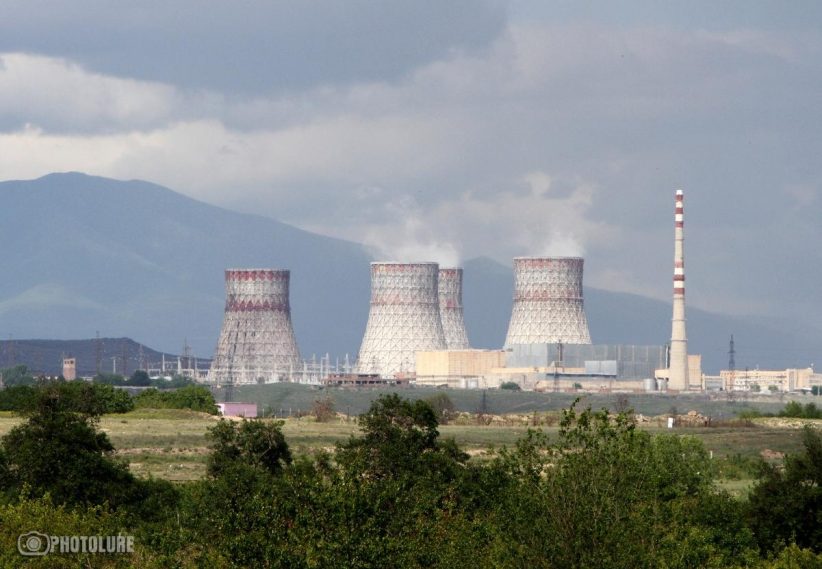 Suren Papikyan, Armenia’s Minister of Territorial Administration and Infrastructure, announced on June 11 that the country will use only 60 percent of a loan offered by the Russian government to finance the ongoing modernization of the Soviet-era Armenian nuclear power plant. The plant, which carries the name of the nearby town of Metsamor, remains the only active nuclear power plant in the South Caucasus.

Since the Metsamor plant’s original two nuclear reactors were due to be decommissioned by 2017, the previous Armenian government under President Serzh Sargsyan sought foreign investment to build a third reactor. However, after failing to attract the necessary funding, the government in 2014 switched tack and announced it would, instead, extend the plant’s operations until 2026 and upgrade the original facilities. A year later, Rosatom, the Russian state nuclear corporation, offered to finance the plant’s modernization through a $270 million loan and a $30 million grant.

Though the upgrades were set to be completed by the end of last year, the work has apparently fallen behind schedule, with only $107 million of the full loan disbursed as of early June. Accordingly, the Russian government had offered to extend the loan agreement until 2021 and disburse the remainder of the grant under the condition that the Armenian government put 80 percent of the remaining funds toward purchasing equipment and services from Russian companies.

In response to the proposal, Papikyan announced that the Armenian government would not seek the disbursement of the remaining funds and would, instead, finance the rest of the upgrade work by arranging for the country’s Finance Ministry to sell $130 million worth of government bonds on the domestic market.

Prime Minister Nikol Pashinyan has backed Papikyan’s plan, stating that the move to finance the remainder of the project without Russian funding “will give the government more leverage to increase the efficiency” of the work.

In a recent interview with CivilNet, Hakob Vardanyan, Armenia’s Deputy Minister of Territorial Administration and Infrastructure, who oversees the energy sector, further clarified the government’s rationale for refusing additional financial support from Russia. According to Vardanyan, the Armenian government decided to finance the remainder of the project on its own in an effort to implement a “more flexible funding mechanism” for the upgrades at Metsamor, underlining that the sensitive nature of the work requires greater flexibility than the Russian loan plan envisages.

In addition, Vardanyan explained that Rosatom representatives were reluctant to further alter the terms of the agreement out of concern that such a move would set an unfavorable precedent and disadvantage for Russia’s position in future negotiations on other nuclear plant construction projects around the world. Since the late 1990s, Russia has sold more nuclear technology abroad than France, China, Japan, South Korea, and the United States combined.

Vardanyan also touched on the reasons the upgrade work at Metsamor had fallen behind schedule, pointing to an acute lack of experience among Armenian workers in nuclear plant construction and repair; the time-consuming process of comprehensively documenting the facility’s inventories; and unforeseen renovations that were not originally accounted for but have proven necessary moving forward. Vardanyan added that the change in government following the 2018 Velvet Revolution had compounded these issues, as new ministers and other government officials needed time to get acquainted with the complex upgrade plan.

Finally, Vardanyan revealed that the government is planning a major shutdown at Metsamor in 2021 for a period of 135-140 days in order to conduct two large-scale safety tests, one on the plant’s reactors, and the other on the facility’s emergency core cooling systems.

The Metsamor plant was completed in 1980, when Armenia was part of the Soviet Union, and initially operated until the 1988 Spitak earthquake, which devastated northern Armenia and killed an estimated 25,000 people. Though the plant emerged from the destruction unscathed, the Council of Ministers of the Soviet Union decided to shutter the facility as a precautionary measure. The town of Metsamor is located just 75 kilometers from the earthquake’s epicenter.

Following the collapse of the Soviet Union in 1991, and as a result of the economic blockade imposed by Azerbaijan and Turkey during the Nagorno-Karabakh War, Armenia lost access to natural gas imports, which had previously met about 90 percent of the country’s energy needs. Consequently, the Armenian government under President Levon Ter-Petrossian reopened one of the plant’s two nuclear reactors in 1995, which has since remained in constant operation.

Today, Metsamor not only meets about 40 percent of Armenia’s domestic electricity needs, but has also allowed the country to become a net electricity exporter in the region, despite lacking major oil and natural gas deposits. With Metsamor operating in conjunction with the country’s non-nuclear power plants, Armenia can supply electricity to Nagorno-Karabakh, sell it to Georgia, and swap it for natural gas with Iran.

Additionally, the Metsamor plant helps diversify Armenia’s energy portfolio and provides the country with increased energy independence. Armenia has long been dependent on Russian natural gas for its energy needs, with Gazprom Armenia, a subsidiary of the Russian state natural gas corporation, holding a monopoly on the natural gas supply in Armenia.

Nonetheless, Metsamor’s ongoing operation has proven controversial for numerous safety concerns. For one, the plant was constructed to resist a maximum 7.0-magnitude earthquake, even though it is located in an area that can experience seismic events of a maximum magnitude of 8.0. As a point of comparison, the Spitak earthquake had a magnitude of 6.8.

Second, it is located just 35 kilometers from Yerevan, meaning that Armenia’s largest population and economic center would likely be affected in the case of a nuclear accident. The facility is also located on the Metsamor River, which feeds into the Araxes River Valley, one of the largest in the Caucasus, making a major ecological area similarly vulnerable to a potential accident.

In light of these issues, both the European Union and the United States have called for the Metsamor plant to be permanently shuttered. The EU has called Metsamor “one of the most dangerous nuclear power plants” in the world. The Comprehensive and Enhanced Partnership Agreement signed by the EU and Armenia in 2017 lists “the closure and safe decommissioning of the Metzamor nuclear power plant” as a key objective in the Armenia-EU relationship, though the document does not specify a deadline for doing so. To that end, the EU has repeatedly offered Armenia roughly $112 million in compensation for permanently closing Metsamor, a sum which many analysts say is far less than the economic gains Armenia receives from the plant’s continued operation.

On the other hand, supporters of Metsamor’s continued use point to international assessments suggesting that the Armenian government may continue to operate the plant safely in the near future. In July 2019, the International Atomic Energy Agency (IAEA) conducted its most recent study of the Metsamor plant and gave the facility’s safety level a rating of 3.82 points on a four-point scale, a record high.

In a previous study, Metsamor passed the “post-Fukushima stress tests,” a set of comprehensive risk assessments implemented worldwide after the 2011 Fukushima Daiichi nuclear disaster in Japan. In that report, the IAEA stated that the Metsamor plant is “adequately safe” and called the level of risk at the facility “acceptable,” though it should be noted that the study was conducted with the assumption that Metsamor would close in 2017 as originally planned.