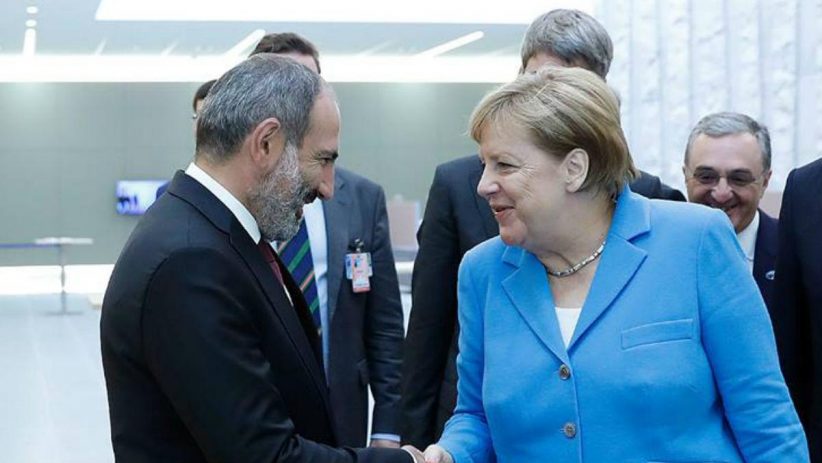 German Chancellor Angela Merkel will tour the three Caucasus capitals later this week. Merkel will be in Tbilisi on August 23, Yerevan – August 24 and Baku – August 25. The trip was publicly announced late last month, but was likely in preparation for months.

What is the visit’s context and goals?

This is a first visit for the German leader to the Caucasus in 10 years: in August 2008 Merkel briefly visited Georgia in the aftermath of the Georgian-Russian fighting over South Ossetia. For the Caucasus region, this is the first high-profile visit by a European leader since France’s then-president Nicolas Sarkozy visited seven years ago.

In recent years, the European Union’s Eastern Neighborhood policies – attempts at building a common area of shared democracy, prosperity, stability and increased cooperation – have been challenged by the Russia-Ukraine conflict, growing anti-immigration and anti-expansion moods in Europe itself, Great Britain’s impending pull-out from the EU and the election of an isolationist president in the United States. As a result, European leaders have been struggling to re-establish themselves as credible voices in global and regional affairs.

As the most senior leader of a major European country, Merkel’s voice is central to this effort. Merkel’s meeting with Russian leader Vladimir Putin on August 18 reportedly focused on European sanctions on Russia introduced in light of the Ukraine conflict. Merkel and Putin also discussed the Russian-initiated Nord Stream 2, the undersea natural gas pipeline that is being built to bypass Ukraine and Belarus. United States has criticized the project as reinforcing Europe’s dependence on Russia.

Natural gas is likely to be part of Merkel’s Caucasus agenda, coming shortly after the European Bank for Reconstruction and Development (EBRD) approved a Euro 500 mln loan to help build a pipeline across the Adriatic Sea from the Balkans to Italy, through which Azerbaijan is expected to supply gas to Europe. This European support for Azerbaijani energy projects has also been criticized as it helped overlook the abusive behavior of the Aliyev regime.

On the eve of Merkel’s visit, Azerbaijani emigres in Germany plan to stage a protest in Berlin to highlight the regime’s domestic abuses. Last week, possibly not coincidentally, Azerbaijan’s most prominent political prisoner, politician Ilgar Mamedov, was released after five years behind bars.

Additionally, a major German weapons producer Rheinmetall recently expressed interest in doing business with Azerbaijan. Until now, German companies have not engaged in defense sales with either Azerbaijan or Armenia, because of the military conflict over Karabakh.

For the past decade and a half, German companies have also been major European commercial partners for Armenia, receiving the bulk of copper and molybdenum extracted in Armenia. Germany has also been a key NATO partner for Armenia: Armenian peacekeepers are attached to a German contingent in northern Afghanistan.

But overall German-Armenian relations have been fairly superficial. Former president Serzh Sargsyan was in Germany twice earlier this year, to attend the Munich Security Conference in February and a chess tournament in April. Both Sargsyan and Aliyev last visited with Merkel in Germany in 2016.

In Yerevan, Merkel will have the opportunity for a more substantive introduction with Prime Minister Nikol Pashinyan, with whom she briefly chatted in Brussels last month. But considering the ongoing political transition in Armenia, no agreements are likely to be ready for signing at this point. This may instead serve as a meeting to manage expectations on both sides: Armenia’s for significant and quick support in light of the push for democratization; Europe’s for sustained domestic and regional institutional progress.

What You Need to Know About Pashinyan’s Suggested Constitutional Amendments