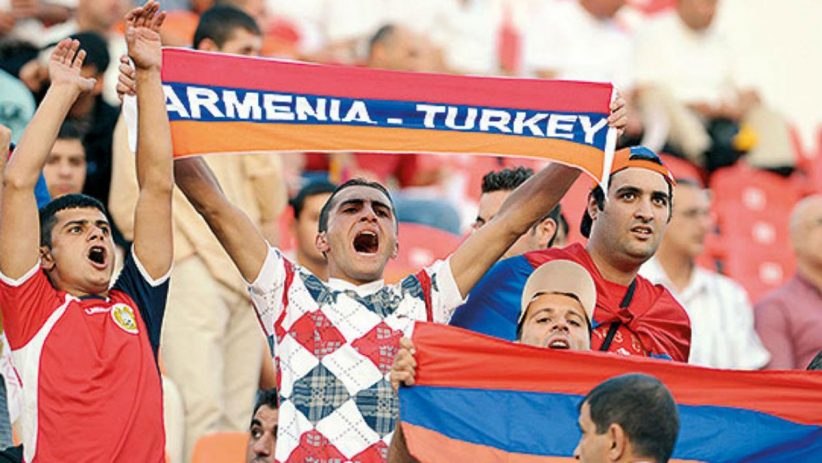 During a recent visit to St. Petersburg, Nikol Pashinyan said that Armenia “stands ready to establish diplomatic relations with Turkey without any preconditions.”

“Turkey unilaterally closed the Armenian-Turkish border; it can be considered unclosed from the Armenian side. The international recognition of the Armenian Genocide is crucial for us, and Armenia has always been in the forefront of the fight against genocides,” Nikol Pashinyan said, adding that the issue of genocide is a matter of global struggle against genocides rather than a problem of Armenian-Turkish relations. “We stand ready to establish diplomatic relations with Turkey without any preconditions,” the Prime Minister said.

Official Ankara has not commented on the announcement. It could be that this indifference is a reflection of the Turkish foreign policy position toward Armenia. In a similar manner, Turkey’s senior leadership left former president Serzh Sargsyan’s decision to cancel the Armenian-Turkish Protocols without a response.

Signed in 2009 in Zurich, the Protocols were meant to start a process of easing of strained relations between two neighboring countries, but following discontent in Armenia and lack of political initiative in Turkey they met a dead end.

If there are no ongoing negotiations through some diplomatic channels, that may be an indication of Turkey’s unreadiness to establish a new dialogue with Armenia. This in turn could hint at a foreign policy which does not currently possess the political will to normalize Armenian-Turkish relations.

Instead, Armenian PM’s statements were widely discussed in Turkish press.

It should be noted that some Turkish papers see Pashinyan’s statement as a new step by Armenian authorities while the previous government of Armenia had also followed the same principle.

Furthermore, there are no analytical pieces in Turkish papers about the possible shifts in Turkish attitudes toward the Armenian-Turkish relations, opening of the border and other related issues. This topic of Armenia-Turkey relations appears in Turkish press as news and not as analysis.

During his July 24 visit to Azerbaijan, Turkish Foreign Minister Mevlüt Çavuşoğlu said that during the NATO summit he had met with Armenia’s foreign minister Zohrab Mnatsakanyan and congratulated him. In Baku Çavuşoğlu reportedly had said that it was not a planned meeting but rather a polite jest, as if justifying his action. While talking about the Karabakh conflict he had said, our position is clear. Whatever works for Azerbaijan works for us too. Whatever is unacceptable for Azerbaijan is unacceptable for us also.

Turkish press which generally ignores developments in Armenia to a considerable degree reported on the detention of Armenia’s second president Robert Kocharyan who has been detained over charges of toppling the constitutional order through the means of a crackdown following the 2008 presidential elections.