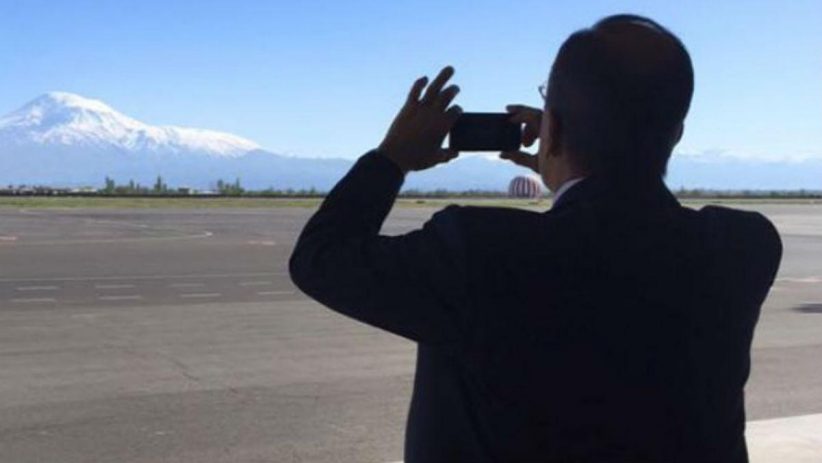 Recent developments in Armenia, most notably the arrest of former President Robert Kocharyan, have heightened tensions with Russia. Moscow responded with unusual harshness to the charges brought against Kocharyan as well as current Secretary-General of the Collective Security Treaty Organization (CSTO) Yuri Khachaturov. Reports are circulating that Moscow is planning to halt $100 million worth of arms shipments to Armenia.

On July 26 Armenia’s Special Investigative Service brought charges against former president Robert Kocharyan and former deputy minister of defense Yuri Khachaturov, who currently serves as the Secretary General of the Russian-led Collective Security Treaty Organization (CSTO). They are charged for toppling the constitutional order following the presidential election of 2008. Kocharyan was detained while Khachaturov was released on $10,000 bail.

Minister Lavrov went on to say that, “The events of the recent days are clearly going against the announcements by the new Armenian leadership that it did not persecute its predecessors for political reasons.”

Armenia recalled Yuri Khachaturov from his position as CSTO Secretary-General after charges had been brought against him.

“Russia, as an ally of Yerevan, has always been interested in the stability of the Armenian state. Therefore, current happenings there cannot not worry us from the viewpoint of normal workflow within organizations in CIS in which Armenia is a participant,” Lavrov said.

Sergey Lavrov concluded his remarks by saying that, “in the recent days we have communicated our concerns to the Armenian leadership. We are counting that the situation, after all, will follow a constructive path.”

Russian foreign minister’s statement was not echoed by his Armenian counterpart, but only by the spokesperson of the Foreign Ministry.

When questioned about Russian concerns over recent developments in Armenia, spokesman for the Foreign Ministry of Armenia Tigran Balayan said, “the current developments in the justice system and the fight against corruption do not concern the foreign policy of Armenia and should not be viewed in that light.”

Balayan, while tangentially referencing Lavrov’s comments from the day before, said: “We reaffirm our foreign policy priorities which are fixed in the agenda confirmed by the the National Assembly and are directed at the strengthening and deepening of Armenian-Russian relations and more effective cooperation within the frameworks of CSTO and the Eurasian Economic Union.”

The press release by Armenia’s Foreign Ministry regarding the telephone conversation between Russian and Armenian Foreign Ministers on July 27 mentioned only that, “the ministers discussed the issues related to bilateral cooperation and collaboration within the framework of common integration unions.”

Russian newspaper Kommersant published a front-page article on how Moscow is irked by the recent actions taken by Yerevan. The article especially focused on the charges brought against Yuri Khachaturov, calling them “a hit against CSTO” and while quoting an insider mentioned that “the attempt to stain the reputation of Khachaturov and the CSTO is instigated by players foreign to the region.”

A quote from a source close to the administration of the Russian president classified the developments in Armenia as “street-level showdowns” which are “causing serious reputational damage to the image of the Security Organization.” The article also mentioned that the remaining half of the $200 million credit given to Armenia by Russia in 2016 in a form of arms shipments has been halted for additional review.

Meanwhile, leading Russian expert on foreign affairs Fyodor Lukyanov commented that “The arrest of former head of state is a precedent not just for Armenia but also for the entire post-Soviet space. But in Russia the charges brought against Yuri Khachaturov received equal, if not greater, degree of attention.”

The expert went on to say that the charges brought against a current leading official in a Russia-led security organization “led a number of commentators to talk about a planned anti-Russian step by the government of Nikol Pashinyan.” In the current state of geopolitical affairs, Lukyanov calls the pursuit of the Khachaturov case a play with fire and even though there may be no anti-Russian subtexts in Yerevan’s actions, that may not even matter at the end.

While First Deputy Chair of the Russian State Duma Committee on CIS Affairs, Konstantin Zatulin, mentioned that, “if Armenia’s choice does not take into account Moscow’s statements then that may lead to a number of different problems in the bilateral relations. Arrest of the Secretary-General of the CSTO cannot not cause damage to the organization itself.”