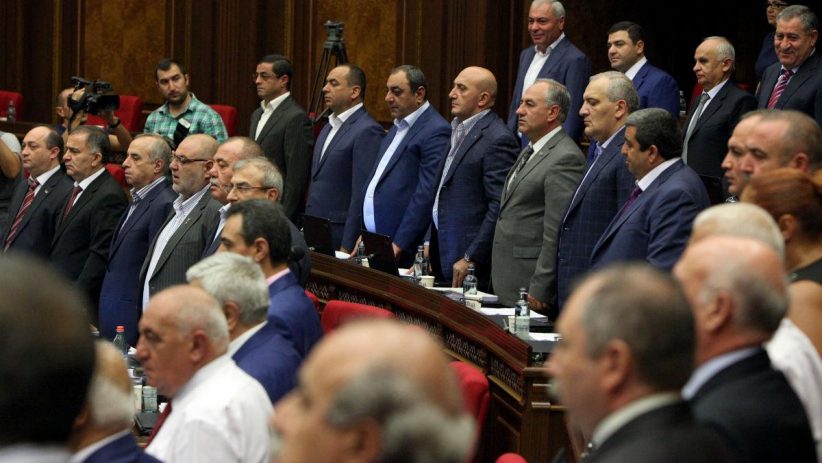 Forty one out of 105 parliament deputies have signed a petition to appeal to law-enforcement and judicial authorities to release Armenia’s former president Robert Kocharyan from custody.

The petition was initiated by the Republican Party of Armenia (HHK).

Robert Kocharyan’s lawyers appealed the decision of the First Instance Court on choosing arrest as a preventive measure.

Robert Kocharyan was detained on July 27, on charges of overthrowing the constitutional order in 2008. In addition to Kocharyan, similar charges of overthrowing the constitutional order were brought up against the then Defense Minister Mikayel Harutyunyan. Also charged was retired general Yuri Khachaturov, a former chief of staff of the Armenian Armed Forces. Charges were brought up when Khachaturov was still the secretary general of the Russia-led Collective Security Treaty Organization (CSTO). Khachaturov was released under $10,000 bail.

Russian Foreign Minister Sergei Lavrov has strongly criticized the Armenian leadership, noting that the country’s new authorities do not fulfill their promise of not persecuting their political predecessors.

In photo: the Republican Faction of the National Assembly, Photolure.