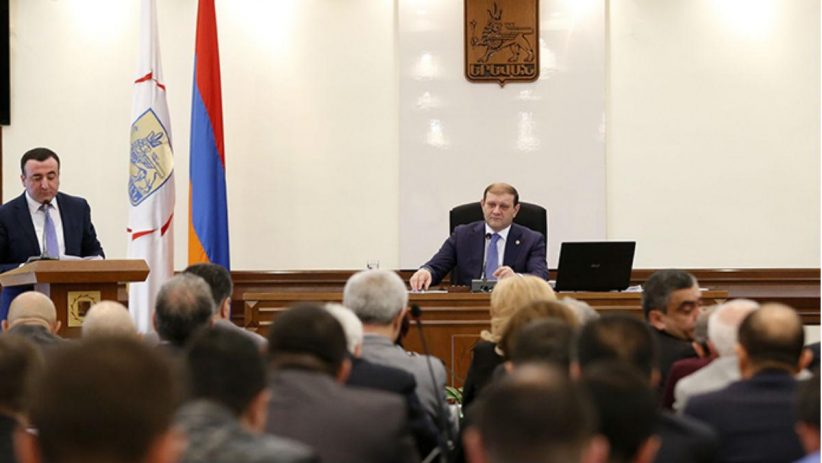 The mayor of Armenia’s capital of Yerevan, Taron Margaryan, has resigned. Margaryan made the announcement on July 9 on the official page of the Yerevan Municipality. He did not specify the reasons of his resignation in the text.

Margaryan held the position since November of 2011, when following the resignation of then-Yerevan Mayor Karen Karapetyan, the Council of Elders elected him to take the post. At the time, Margaryan was Yerevan’s Deputy Mayor and a member of the Republican Party of Armenia.

Margaryan’s political career began when his father, Andranik Margaryan, was appointed Armenia’s Prime Minister. He served from 2000 to 2007. Shortly after, his son, Taron Margaryan, became the head of Yerevan’s Avan community at the age of 25, and Yerevan’s Mayor at the age of 33.

According to numerous investigative media reports, Taron Margaryan has illegally accumulated millions of dollars during his tenure, by misusing his official position.

During his tenure as mayor, most of Yerevan’s old buildings were destroyed, the city’s architectural face irrevocably altered.

Following the Velvet Revolution in Armenia that brought about a change in the country’s leadership and declined the power of the Republican Party, several civic initiatives demanded Taron Margaryan’s resignation. Margaryan himself announced that he was not going to resign.

$42 Million to Return to State Budget