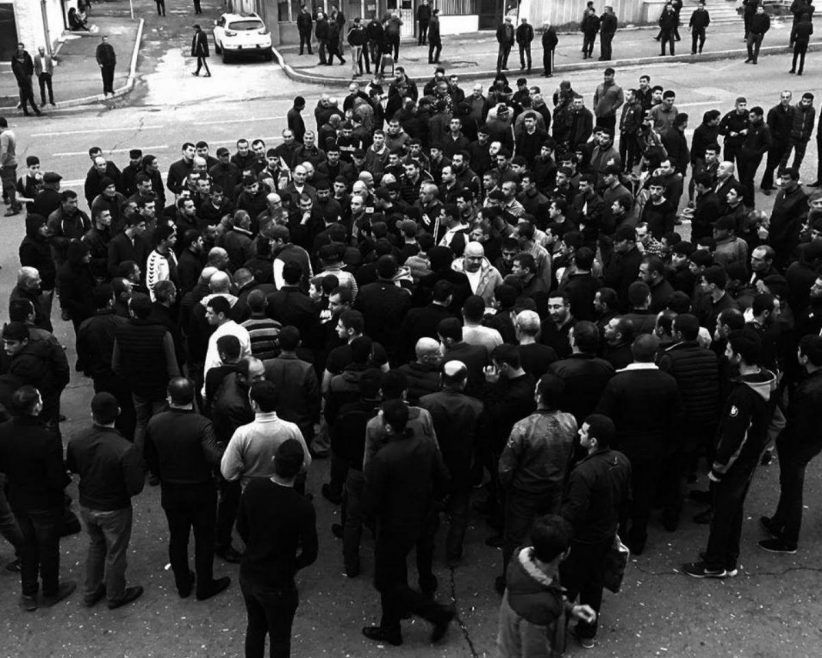 Mass unrest in Stepanakert has consumed most of the day Saturday. People on the streets and in the main square of Karabakh’s capital (the Republic of Artsakh) are demanding the resignation of all the heads of the power ministries and institutions, with the exception of the army. Protesters went home at 9 pm local time, agreeing to reconvene, tomorrow, Sunday at 10.30 am.

Some are changing “Nikol, Nikol” referring to Armenia’s new prime minister, himself elected as a result of a month-long series of protests in April. Others are demanding mass resignations.

Based on a mixed set of reports, protests began as a result of an incident between the national security services and two citizens. The national security officials beat up the two individuals, while police looked on. The police eventually detained the two citizens, but not those inflicting violence. According to witnesses, State Minister Arayik Harutyunyan was standing nearby.

As demonstrations continued, Harutyunyan, accompanied by Artsakh National Assembly member Hayk Khanumyan, member of the National Renaissance Party, approached President Bako Sahakyan. The complaints focus on the exaggerated power of the power ministries and their staff, and the arbitrary way in which they exercise power.

A group of protesters approached Artsakh state television to voice their demands – resignations of all heads of power ministries and agencies. Only then did Artsakh TV send reporters to cover the protests which had succeeded in blocking Stepanakert’s main FreedomFighters Boulevard. President Bako Sahakyan met with a group of protesters and pledged a detailed and diligent investigation, with those responsible to be held accountable to the maximum degree allowed by law.

What began as a silent protest earlier in the day slowly metamorphosed into a protest rally when loudspeakers were brought in and various protesters delivered speeches and calls for others to join the protests.

The CivilNet team will report from Stepanakert in the morning.