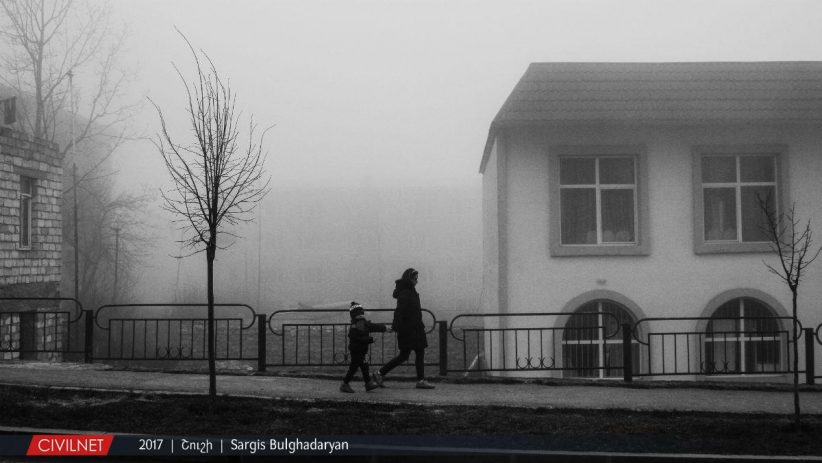 The exchange of journalists was agreed between the Armenian and Azerbaijani foreign ministries, and was facilitated by the OSCE Minsk Group, a mediating group chaired by Russia, France and the US to resolve the Nagorno-Karabakh conflict.

According to reports, top-level leadership of both Armenia and Azerbaijan agreed to the journalistic exchange which just took place.

Artyom Yerkanyan from Shant TV, Davit Alaverdyan, Chief Editor of Mediamax, and Edgar Elbakyan from Artsakh Public TV, entered Azerbaijan through the Georgian border and toured Azerbaijan between the 17th-21st of November.

The visit gained further attention due to the involvement of a journalist from Nagorno Karabakh which Azerbaijan claims as part of its territory.

The Armenian foreign ministry’s spokesperson Anna Naghdalyan stated on Saturday that the exchange was coordinated with “personal representatives of the OSCE Chairperson-in-office.”

Davit Alaverdyan, the chief editor of Mediamax wrote an article about his trip and his impressions of the extent to which people in Azerbaijan are ready to compromise in solving the Nagorno-Karabakh conflict. He said that when they asked about concessions and what compromise Azerbaijanis were willing to make, some remarked, “The widest autonomy within Azerbaijan, the right to have their own (…) security forces, large investments and social programs.”

Alaverdyan stated that he supported journalistic exchanges, and said this was a good way to prove Armenia is a “pluralistic” and “free” society.

Alaverdyan said that the exchange was “fully-prepped” by all parties. Security officials guaranteed safety, the “Karabakh Foreign Ministry established direct contact with Azerbaijani authorities through the OSCE,” and the Karabakh portion of the trip was organized independently, without “intervention or support” from Yerevan.

Alaverdyan also stated that all conversations undertaken were off-the-record, without the involvement of high government officials.

However, analysts speculate that this exchange most probably was a gesture of goodwill between the governments of Armenia and Azerbaijan and a possible sign of a thawing of tensions between the two nations.