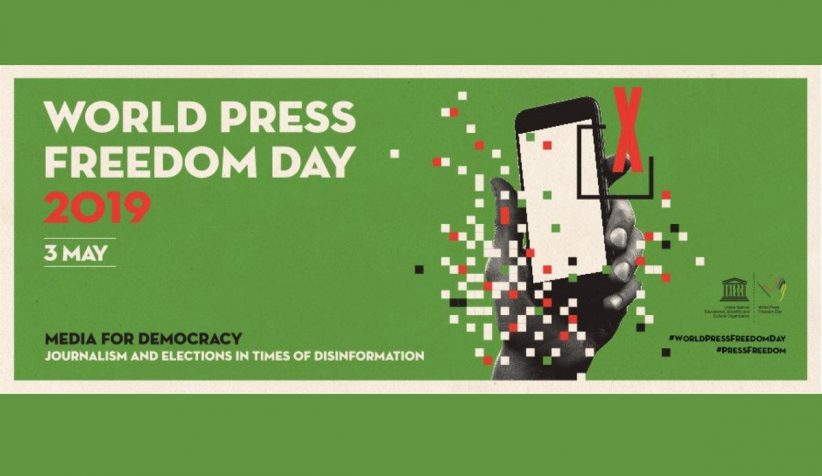 The relationship between the press and governments will be the main theme of this year’s World Press Freedom Day on May 3.

The World Press Freedom Index, made by Reporters Without Borders (RSF), evaluates the state of journalism in 180 countries and territories every year. The 2019 RSF Index shows that hatred towards journalists has led to violence, contributing to increased fears.

“The number of countries regarded as safe, where journalists can work in complete security, continues to decline, while authoritarian regimes continue to tighten their grip on the media,” reads the index.

“The new media served as an echo chamber for the ‘Velvet Revolution’ in the spring of 2018 that brought a former journalist to power,” reads the RSF report, adding that the Armenian media landscape is diverse.

However, the report highlights the fact that this diversity goes along with polarization of the media and the editorial policies of the main TV channels, coinciding with the interests of their owners.

According to RSF, “Journalistic independence and transparent media ownership continue to be major challenges.”

The report also warns the Armenian government against any excesses in its attempts to combat “fake news.” This type of news consists of deliberate disinformation or hoaxes spread via traditional print and broadcast news media or online social media. Armenia is not spared by “fake news.”

On April 4, Armenia’s Prime Minister Nikol Pashinyan announced that he is going to take on fake news against his government. He has ordered the country’s security services to crack down on them.

“Freedom of speech and information is guaranteed in Armenia. But if some criminal circles spend millions on manipulating public opinion in social media, in the media, then this is a question of national security,” he said.

The next day, the head of the National Security Service (NSS), Artur Vanetsyan, announced that the NSS had identified a Facebook user, named “Open Society of the Spirits of Hayastan,” from a fake account that was disseminating false information about the activities of the Armenian authorities.

Vanetsyan reported that a criminal case was initiated against the administration of the page “on grounds of spreading racial, religious and national hatred.”

According to Shushan Doydoyan, President of the Freedom of Information Centre, the government’s hunt against fake news in collaboration with the NSS might lead to an atmosphere of censorship.

“There are fears that under the existing conditions, the struggle against manipulation with the direct participation of the National Security Service will be subjectively interpreted and will create an atmosphere of censorship in which journalists and civil society representatives will stop reacting and criticizing the activities of the authorities for fear of the consequences,” said Doydoyan.

AYANI, Slow Fashion Made In Armenia