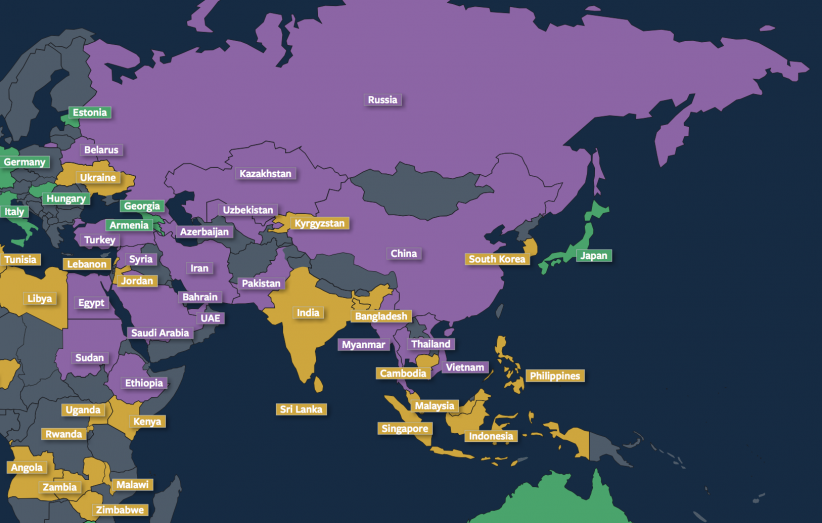 Armenia was ranked the 8th most free country in Freedom House’s annual report ‘Freedom on the Net 2019: The Crisis of Social Media.’

The independent organization, dedicated to the expansion of freedom and democracy around the world, listed Armenia as the leader of freedom on the net in Eurasian countries.

Countries ranking 70 to 100 are considered free, those between 40 and 69 are partly free and countries located in a range of 0 to 39 are not free.

In accordance with Freedom House’s criteria, Armenia scored 76 out of 100, followed by its Georgian neighbor with a score of 75. Azerbaijan is not considered free with a score of 39.

“In Armenia, positive changes unleashed by the 2018 Velvet Revolution continued, with reformist prime minister Nikol Pashinyan presiding over a reduction in restrictions on content and violations of users’ rights,” the report said. “In particular, violence against online journalists declined, and the digital news media enjoyed greater freedom from economic and political pressures.”

Developments in Armenia in 2018 demonstrated once again that digital technology can help generate dramatic democratic change, according to the report.

“Citizens effectively used social media platforms, communications apps and live streaming to advance the largely peaceful Velvet Revolution…” it said. “The new government has since promised to tackle systemic corruption and enhance transparency and the rule of law.”

The reports methodology is based on three categories: obstacle to internet access, limits on content and violations of users’ rights.

Of the 65 countries assessed, 33 have been on an overall decline since June 2018, in comparison to 16 countries that registered net improvements. The biggest score declines took place in Sudan and Kazakhstan, followed by Brazil, Bangladesh and Zimbabwe.

Iceland took first place “for having registered no civil or criminal cases against users expression during the coverage period.”

Read more: Freedom and the Media 2019: A Downward Spiral