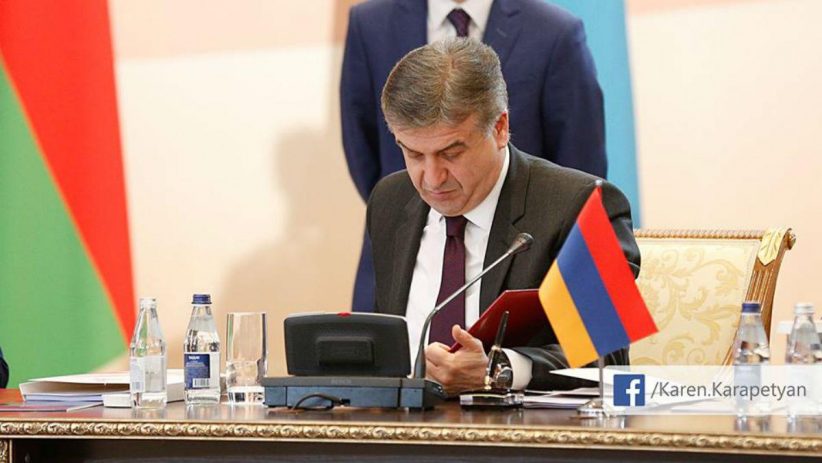 In his conversation with reporters earlier today, Karen Karapetyan provides some context to the current situation, and what he sees as possible and necessary steps moving forward.

We’ve not placed and will not place limitations on what’s in the political agenda.

The most logical is that all political parties discuss these matters in parliament, according to our constitution and legal framework. If they determine that there is need for special elections, then they decide the desirable timeframe in order to prepare, so that there is an even playing field, and so we move forward accordingly.

If we continue this way we’ll have economic collapse. The tourists won’t come; the investors will leave. We have a military draft to consider. The unstable situation isn’t good for our country.

I call on everyone – parents, grandparents, students, children to think on what they are looking for.

I am very proud and appreciative of the will and opinion of our citizenry, their thoughts and dissatisfactions. We have responded accordingly, announced the civic agenda, and noted that the political parties will sit down for a dialogue. Let’s allow for the parties to sit down and negotiate.

We cannot add extra pressures on each other.

I have my regulatory hand on the pulse and I see how tourism is declining and the loss of business interest.

We will come to a point where it will be difficult to improve the economic situation.

“I don’t know if you remember, but for the first three months [of 2018] we had 10.6% economic growth and were trending positively,” said Karapetyan.

Find me any country in which that is the way the people’s choice is chosen.

I am recommending that we hold snap elections, and if the people’s decision is [Nikol Pashinyan], then he’ll be it.

Another option allowed per the Constitution, that their faction can nominate their own candidate.

That is excluded.The people’s choice does not get elected in that way. Elections are how you are elected.

Republican Party of Armenia is ready to negotiate without preconditions