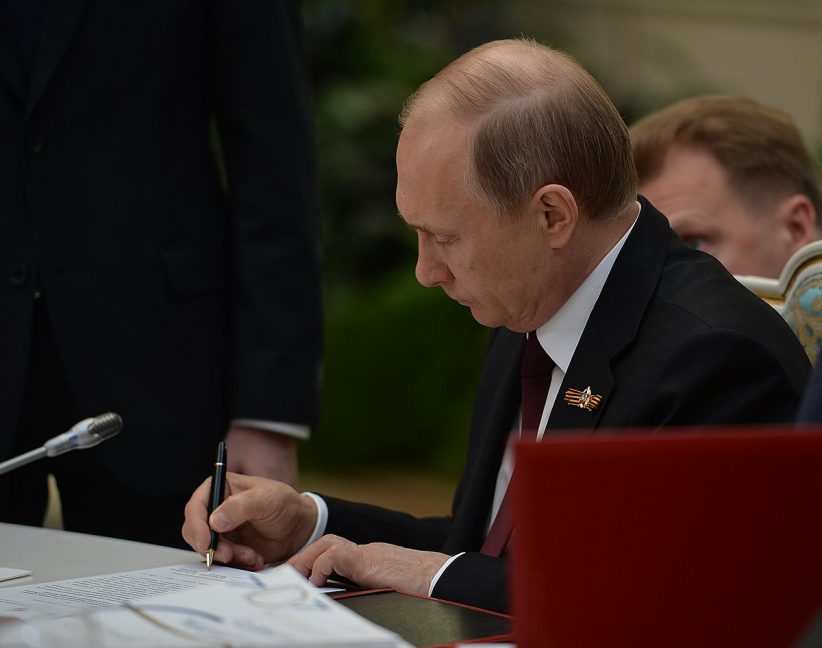 The bills, which amend existing information laws, were presented in January and overwhelmingly passed both chambers of Russian parliament in less than two months. Some lawmakers have criticized the legislation for its vague language and potential to limit free speech.

The legislation will establish punishments for spreading information that “exhibits blatant disrespect for the society, government, official government symbols, constitution or governmental bodies of the Russian Federation.”

The law will also fine legal entities up to 1 million rubles ($15,100) for spreading information “disguised as authentic reports.” Individuals can be fined up to 50,000 rubles ($776) for violations. Websites will be at risk of being blocked by prosecutors without a court hearing.

Mikhail Fedotov, Chairman of the Human Rights Council (HRC), spoke out against the bills and asked Putin to send them back for revision.

Berd Town Will Soon Have Its Eco Center