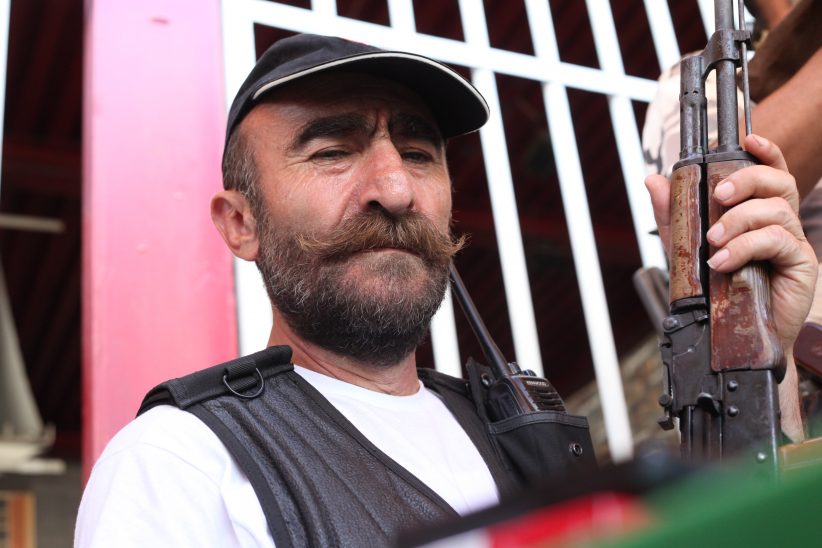 Pavel Manukyan addresses Armenia’s statesmen, those who “encouraged the ones who shot at us and imprisoned us, and believe that it is possible to sustain this system of the insane through the arms of the janissaries and state terror”. Manukyan’s letter written from the prison hospital was posted by his lawyer, Harutyun Baghdasaryan to his Facebook page.

Find the full text in English translation below

“I appeal to you as knowledgeable people who are worried about the condition of our state. For many years, that is how you have presented yourselves. If so, then we struggle for the same goal: To create a state worthy of Armenians. However, on this path we are obstructed by Armenia’s imposed regime, which, to satisfy its material needs, has dared to put the lands attained by our blood on the selling block.

You, who are a parliamentarian or a minister, a judge or a prosecutor, governor or ambassador, have you ever thought that after surrendering lands in Karabagh, the land under your own chair will also be surrendered one day? Do you believe that there will be a two-sided compromise, and not a concession? That some forces will ensure the security of our compatriots after the liberated territories have been handed over? Is nothing from the bitter history of our nation–Kars, Shahumyan–suggestive? Have you not learned from previous mistakes? Are you at least mindful of how the Karabagh frontline will grow after territorial concessions and that there will not be enough children from vulnerable families to safeguard the border? That eventually, the enemy can get to the warm, sheltered corners where your children are? Well, then how will you continue to praise the army and drink a standing toast to the one who surrenders those lands? Understand, it is not possible to imagine Königsberg, Danzig or Strasbourg as part of Germany, nor Breste or Lvov as part of Poland anymore. These are all areas acquired as a result of war. We, as the victorious side have restored historical justice.

You can stone us for standing against the government, without realizing that it is a struggle for the homeland, and if you’re a part of this people, then it is also a struggle for you and your children’s future.

You who encourage the ones who shot at us and imprisoned us, and believe that it is possible to sustain this system of the insane through the arms of the janissaries and state terror; you are sadly mistaken, because you do not understand that we are living spirits, and there is no death for the crucified, and tomorrow the whole nation will become the Daredevils of Sassoun.

You, who write constitutions and amend laws, should know better than us that independence, territorial integrity and security are not just legal concepts; they include people, homes, families, population, country, honor, dignity, faith, belief, dreams and many other values. Do not destroy those values.

If you think of yourselves as Armenians, listen to the fury of the souls of our fallen heroes, rebel against those who sell their blood, at least for the sake of preserving your children’s identity.”

Wake up! Come to your senses! Tomorrow will be too late. Or you rebel against the one renouncing the native in the land, and you demand his resignation and remain Armenian, or you betray your people, fall to the feet of your sponsor and enjoy your share from the feeder. Maybe someday the nation will forgive you for the robbery and the humiliation, but you will never be forgiven for handing over the land. “

Diaspora Shouldn’t Wait for Crises to be Responsibly Involved