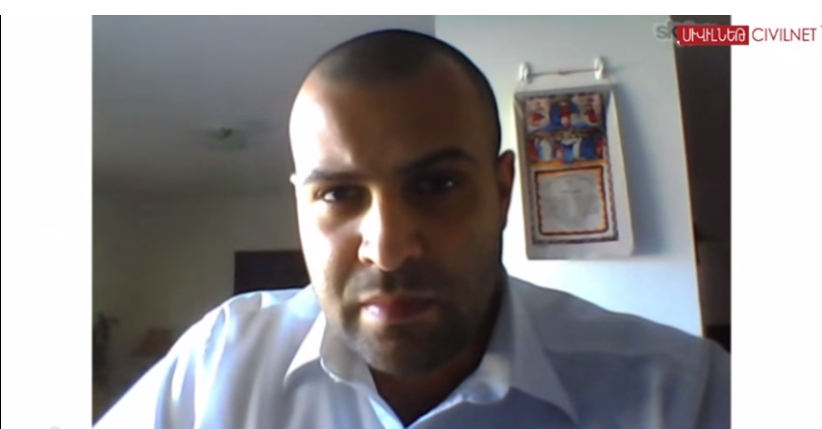 The Republic of Armenia’s National Assembly unanimously voted to adopt a statement recognizing and condemning the genocide of the Greeks and Assyrians by Ottoman Turkey at the beginning of the 20th Century. A standing ovation by all members of parliament followed the adoption of the statement on March 24.

Armenian lawmakers had drafted the statement after consultations with members of Armenia’s Greek and Assyrian communities.

Nicholas Al-Jeloo, an Assyrian historian from Australia told CivilNet that the recognition of the Assyrian and Greek genocides by Armenia’s parliament “is the culmination of many years of campaigning and lobbying on the part of the communities belonging to these nations both inside the Armenian Republic, as well as in the diaspora. It is significant because it finally brings together the three indigenous peoples of Anatolia as one in their shared suffering of planned mass-extermination under the Ottoman Empire’s Islamic Caliphate.”

“Coming from the nation that suffered the greatest numerical losses, and which itself has tirelessly campaigned for world recognition in the past century, this move powerfully solidifies feelings of solidarity and fosters increased cooperation in the future between Armenians, Assyrians and Greeks worldwide,” Al-Jeloo went on to say and added, “For a stateless nation such as the Assyrians, today’s decision is something that will both empower and encourage them especially now, as their communities in Iraq and Syria face extinction at the hands of terrorism and extremism, perpetrated by a modern-day Islamic ‘Caliphate.’ Let us hope that this will contribute to the prevention of history repeating itself in the future, as it is doing so today.”

The statement passed in Armenia’s parliament “Condemning the Genocide Against the Greeks and Assyrians during 1915-1923 by Ottoman Turkey” reads:

The National Assembly of the Republic of Armenia:

The Greek and Assyrian Genocides followed the Ottoman Empire’s policy of ethnic cleansing and genocide against its Christian subjects during World War I. Like the Armenians, the Greeks and Assyrians were deported and massacred as many cultural, religious and historical sites relating to both ethnic groups were destroyed.

According to the Rutgers University Center for the Study of Genocide and Human Rights, approximately 750,000 Assyrians died, which was three-fourths of the ethnic group’s pre-war population. Many survivors dispersed across the Middle East after the genocide.

The Assyrians continued to face adversity after World War I when 3,000 men, women and children were massacred by Iraqi troops in the northern Iraq town of Simele in 1933 and even today in the aftermath of the 2003 Iraq War and the current threat posed by ISIS forces.