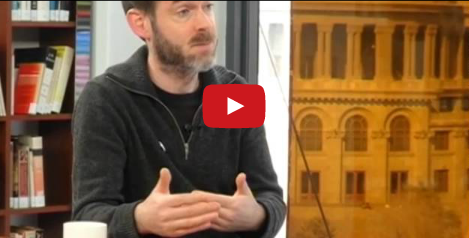 British filmmaker Matt Hulse’s documentary film, “Dummy Jim” was screened at the 12th Annual British Film Festival in Armenia. The film chronicles the life of a profoundly deaf Scotsman James Duthie who started out on a solo cycling journey in 1951 from his hometown in Scotland to Morocco but ended up in the Arctic Circle instead. Matt Hulse spoke to Maria Titizian about the inspiration for the movie and the 12-year journey of making sure it came to life.

Life is Too Short to Put Citizenship on Hold