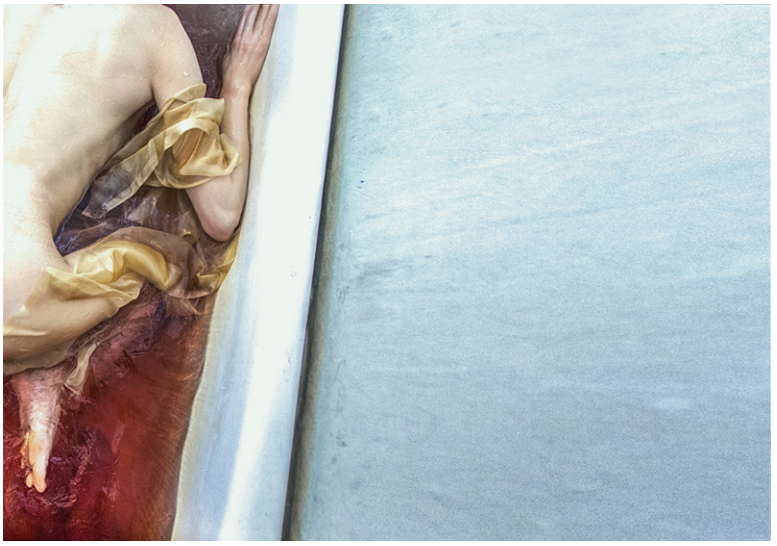 On September 24, the Armenian pavilion will open its gates to visitors at the 6th Beijing International Art Biennale. Created in 2003, the Beijing Biennale is a relatively new international event in the arts scene. It was originally implemented as part of a national initiative to open China to the rest of the world. Since its first edition, the Beijing Biennale gradually grew to become a major event in the contemporary arts world, with over a hundred artists from all around the world participating this year.

Five countries have been selected to showcase a special exhibit at the Biennale, Armenia among them. In the Armenian Pavilion, the Ministry of Culture of the Republic Armenia will present “Dreamscapes”, a special exhibition that explores the biennial theme “Memories and Dreams” through the metaphorical and physical landscape.

For the international art community, biennales are considerable events celebrating the promotion and exchange of innovation in contemporary art. Beyond the art world, biennales can also be a powerful tool for cultural diplomacy: for governments, having their own national pavilion at a biennale is a fantastic opportunity to gain influence.

The biennale’s theme, “Memories and Dreams” is particularly meaningful for Armenia this year, as we commemorate the centennial anniversary of the Armenian Genocide. Although not centered on the commemoration of the genocide, “Dreamscapes” touches upon it, examining what it means to be Armenian in the 21st century. The exhibition looks at how our historic and contemporary environments, or landscapes have shaped our individual and collective identities, both in Armenia and in the diaspora.

“Memory is a perpetually actual phenomenon… History is a representation of the past…” Pierre Nora, Historian

Eight artists, both from Armenia and from the Diaspora, will participate in the “Dreamscapes” exhibition. Some of them are already established names in the contemporary art world, like Hrair Sarkissian (London, UK), Allen Sayegh (Cambridge, USA), Mikayel Ohanjanyan (Florence, Italy) and Karén Mirzoyan (Yerevan, Armenia).

For two weeks, the Armenian pavilion will occupy a whole gallery in the National Art Museum of China, along with pavilions from Chile, South Africa, Canada, Ecuador, and a pavilion for a South-East Asia special Exhibit.

For the occasion, special “Dreamscapes” exhibition catalogues were designed by Jarakite Creative Partners in collaboration with Anna Gargarian for the Ministry of Culture of Armenia. The beautifully designed catalogue contains a written contribution by famous Iranian-Armenian writer and novelist Zoya Pirard, an adaptation of an excerpt from her novel “The Things We Left Unsaid.”

Extracts from the “Dreamscapes” catalogue, 2015

Extracts from the “Dreamscapes” catalogue, 2015.

Curator Anna K. Gargarian is excited to see the public’s reaction when the Armenian pavilion finally opens; the Beijing Biennale organizers have already complimented the Armenian team on the quality of the artworks put together. The Biennale’s theme “Memories and Dreams” has apparently inspired the Armenian artists, and indeed seems particularly fitting today, during this pivotal period in Armenian history.

“Our memories of yesterday have filled our history with stories, and our dreams for tomorrow can inspire people to create more wonders.” China Artists’ Association

Armenians have long known the crucial importance of memory, its influence on the present moment, and the lasting effect that traumatic memories have on individuals, families and communities. “Memory is something intangible but very important. Memory is also very dynamic, and changes over time as we forget certain details or accentuate others,” explains Anna K. Gargarian. “I was trying to reconcile how memory, which can be seen as unreliable at times, is so important for shaping who we are.” The question of how our past memories, either lived or told by others, helps us define and project our own identity is a recurring theme throughout the “Dreamscapes” exhibit.

Ararat Minasyan, one of the Beijing Biennale participating artists, focuses precisely on those questions of identity. His diptych installation The Battle of Sardarapat, refers to the historical victory of the Armenian villagers against the Ottoman Turkish soldiers in the Armavir province. This battle embodies the artist’s vision of national identity.

Karén Mirzoyan’s work, although very different from Ararat Minasyan’s, also asks the important question of what remains after war and death, and what future we can build on traumatic memories. The photos presented at the Beijing Biennale are the final chapter of a three part photo-story about Armenians who fought in the Nagorno-Karabakh war. In Chapter 3: The Future, the children of the fallen soldiers are portrayed in the exact place of their father’s death.

The eerie photographs present not only the future of those children who grew up without fathers, but also the continuation of life on the lands of Nagorno-Karabakh. Those fields, mountains and villages were the scenes of the horrors of a lengthy, bloody war – and yet they appear as peaceful landscapes, places to live, dream, labour and grow.

Despite the quality of the “Dreamscapes” artwork selection, and the close collaboration between the biennale organizers and the Armenian team over the last year, some of content of the Armenian special exhibit seems to have stirred a controversy in China. According to our information, the Chinese Ministry of Foreign Affairs has been putting pressure on the Biennale organizers to remove “sensitive words” like “massacre, Armenian genocide, mass atrocities” from both the catalogue of the biennale, and the exhibition itself.

The Biennale organizers were notably asked to modify wall captions under two of the artworks in the Armenian pavilion, and to edit Anna K. Gargarian’s preface about the Armenian special exhibition in the Biennale’s catalogue.

Ironically, upon being asked to purge her preface of any mention of the genocide, curator Anna K. Gargarian was told that “art is not politics” by her Beijing counterparts. “It is not a political exhibit at all”, she insists. “It’s not an offensive exhibition. It’s about how memory is linked to space and the environments we live in.”

The exhibit does not wield a political message on international recognition of the genocide, but rather focuses on how Armenian identity is made up of many different layers and subcultures. The Armenian global community has been able to maintain its sense of identity through prolific creative output. Our music, art, language and traditions have been the keystone to preserving and transmitting our cultural identity even while abroad. “We Armenians have a particular situation”, says Anna Gargarian. “We are global community – because of the genocide – which means that we have many different environments contributing to our sense of identity.”

Hrachya Vardanyan, “SSS#24:dragoncarpet” from The Return of Dragoncarpet series mixed medium on canvas, 2015. Dimensions, 187×194 cm. Image courtesy of the artist.

Removing “sensitive words” from a caption can seriously undermine the public’s understanding of the art, as is the case with Hrair Sarkissian’s work “Construction” (2010). The internationally recognized photographer’s contribution for “Dreamscapes” is a series of images of different structures made of Kapla, toy wooden blocks of identical size and shape. The artist constructed from his imagination the houses of the village his grandfather was forced to flee during the Armenian genocide in 1915. Those photographs are beautiful as such, but removing the tragic history behind their fabrication deprives the artwork of some of its power.

“Sarkissian’s search for his grandfather’s home embodies not only his individual and family memory, but also the collective Armenian memory of a lost homeland,” underscores Anna K. Gargarian.

It is particularly troubling that the Beijing Biennale wants to censor any mention of the genocide, while this topic was freely explored only last week in the Istanbul Biennale. Commenting on the uncensored artworks about the Armenian genocide at the Istanbul Biennale, Curator Carolyn Christov-Bakargiev beautifully said “With and through art we mourn, commemorate, denounce and try to heal and commit to the possibility of joy.”

If anything, the sensitiveness of the Chinese organizers over the wording of the exhibition hosted in the Armenian pavilion highlights just how powerful art can be. “Art is not about pretty pictures,” insists Anna K. Gargarian. Indeed, art has the power to unsettle, disrupt and bring change.

To learn more about the Armenian exhibit at the International Beijing Biennale, you can visit their website, and follow them on facebook. The special “Dreamscapes” exhibition catalogue can be freely accessed here.

Karas Winery: An Oasis of Vision and Innovation