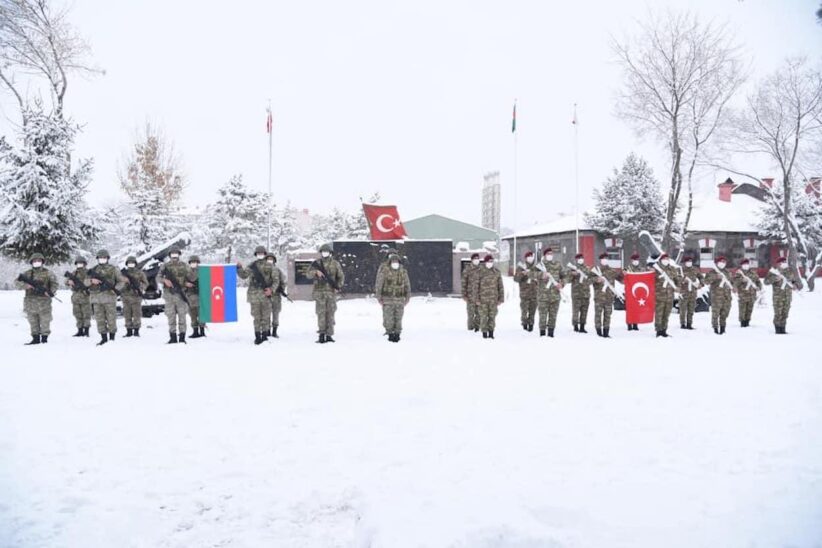 From February 1 to February 12, the Turkish and Azerbaijani Armed Forces will be conducting joint military exercises in Turkey’s Kars Province. The exercises are to be the most comprehensive winter drill in recent history and will feature Turkish-made weapons and equipment.

According to the former Minister of Foreign Affairs of Azerbaijan Tofig Zulfugarov, the winter military exercises in Kars are meant to prepare the armies to conduct operations in severe weather conditions. Tank divisions, heavy artillery operators, sniper teams, special forces personnel, helicopters, and commandos will all be part of the training.

After the completion of that joint military exercise, Turkey left military personnel as well as equipment, including fighter jets, in Azerbaijan, which was used during the eventual full-scale war on Karabakh launched on September 27, 2020.

On November 9, a trilateral ceasefire statement was signed between Armenia, Azerbaijan, and Russia, which effectively ended the Nagorno Karabakh War 44 days after it began. The agreement granted large amounts of territory inside and around Karabakh to Azerbaijan.