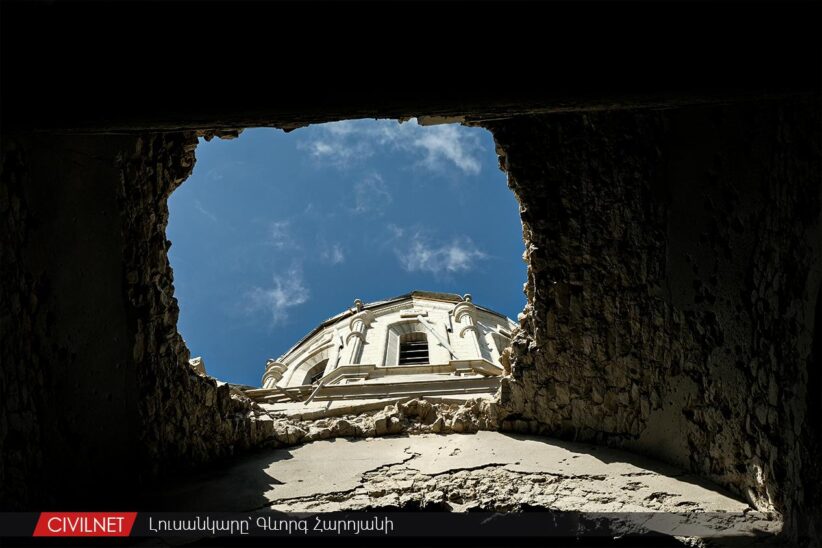 In September, 2020, the failure of the Nagorno-Karabakh peace process resulted in the Second Karabakh war, upending the decades-long status quo in the South Caucasus. The 44-day war claimed thousands of lives, including civilians, incited a new wave of human rights violations, and drastically redrew the realities on the ground. The conflict led to the introduction of Russian peacekeepers, increased the influence of regional powers, particularly Turkey, and decreased the influence of global actors.

On January 12, Caucasus Edition invited two speakers to discuss the past, present, and future of the Nagorno-Karabakh peace process: Dr. Gerard Libaridian, Professor Emeritus of History at the University of Michigan in Ann Arbor and former foreign and security policy advisor to the first President of the Republic of Armenia, and Mr. Zaur Shiriyev, South Caucasus Analyst at International Crisis Group and a former Academy Associate with the Russia and Eurasia Programme at Chatham House. The webinar was co-hosted by the editors of the Caucasus Edition: Dr. Philip Gamaghelyan and Dr. Sevil Huseynova.

The Failures of the Past

According to Gerard Libaridian, one of the reasons that the peace process failed was that both sides invested their entire history, culture, and identity into it. The conflict, therefore, became central to domestic development. For both sides, staying in power meant taking a maximalist and nationalist stance. The parties did not formulate minimum positions, only maximum positions that left no space for compromise. Further, both sides felt comfortable taking their chances with war and assumed it would work to their benefit, preferring that route to a compromise solution.

According to Zaur Shiriyev, the destructive war in the 1990s created a temporary deterrence against a new war. With time, many policy makers grew comfortable with the status quo, assuming that the 1994 ceasefire will hold up indefinitely, while interrupted by minor skirmishes, as none of the sides would be willing to engage in a new war as it would be mutually destructive. This was assumed to be a deterrence for both sides, and even if they tried, the outside powers, especially Russia, would not allow a massive escalation. There was also a misperception that the Nagorno-Karabakh conflict was not a priority in Azerbaijan and the impact on the Azerbaijani society of unresolved questions such as the return of the IDPs was underestimated. All these factors created a misperception that negotiations which do not deliver any results can continue indefinitely.

Both speakers highlighted the failures of the official negotiation process. According to Shiriyev, Azerbaijan and Armenia had different, and often unrealistic, expectations from the Minsk Group. The sides often expected the mediators to continually offer new solutions or to act as arbiters, pressuring the opposing side to accept concessions. The last substantive proposal from the Group came in the late 2000s in the form of Madrid Principles. Since then, the Minsk Group has acted as more of a messenger between the sides than as a mediator. The July 2020 escalation was the final straw that led Azerbaijani side to consider a military option of the solution. Unfortunately, these warning signs were ignored by the mediators.

Libaridian agrees that the Minsk Group has been ineffective. On the one hand, the Minsk Group co-chairs agreed on the fundamental question regarding Nagorno-Karabakh – they all ruled out its independence as a solution and agreed that the territories around Karabakh must be returned to Azerbaijan. As three UN Security Council members, Russia, The United States, and France also command massive military, diplomatic, and economic resources that they could leverage to advance peace. In some instances they also helped the parties come close to a solution. Unfortunately, the three co-chairs also had varying, and often conflicting, interests in the region and at no point chose to leverage their resources to pressure the sides to get over the final few hurdles and reach an agreement.

The recent war and the November 9 agreement that stopped it changed not only the dynamics on the ground but also the extent of these global actors’ influence in the region. The agreement was unilaterally mediated by Russia, which sidelined France as an actor. By that time the U.S. had already withdrawn its role in the region, and perhaps even the world.

The Fragility of the Present

Shiriyev expects to see a new policy from Azerbaijan that would consider the conflict with Armenia resolved and start working towards peace. The focus should shift towards economic opportunities. Importantly, when it comes to the question of Nagorno-Karabakh’s status, Shiriyev considers the current Azerbaijani proposal of cultural autonomy to be only the starting negotiating position put forth with an understanding that eventually a more advanced status, presumably political autonomy, could be negotiated.

Shiriyev, however, sees a risk within the differing interpretations of the November 9 ceasefire agreement. In his view, the Azerbaijani assumption is that the Russian peacekeeping deployment should amount to the parallel withdrawal of Armenian troops from Nagorno-Karabakh. While the Russian and the Armenian interpretation is that all forces within Nagorno-Karabakh should remain in the positions they held as of November 9, 2020, when this agreement came into force.

The second issue is the question of whether there will be lines of contact between Azerbaijan and Armenia in any region, or a chance of reintegration or more cooperation in this area, which is within the zone of Russian control. Based on that, it is likely there will be a multitude of similar questions about electricity, the impact of humanitarian issues, the life of the local population, and mining. There are innumerable small, yet very important, issues which affect the life of the local population on both sides.

Addressing the issue of status, Libaridian similarly stressed that the current choice is one between ethno-religious autonomy, providing cultural, religious, and educational rights on the one hand, and an administrative-political territorially defined autonomy on the other. He also recommended considering the November 9 document and the January 11 Moscow statement as two parts of the same agreement. Analyzing these two documents jointly, we can come to the following conclusions: first, the OSCE Minsk Group was not involved in their development and signing, second, the documents were signed by political officials, not military leaders. Therefore, this is more than a ceasefire agreement, even if it is not yet a full settlement.

The documents do settle two key issues. The first is that the formerly occupied territories are now under Azerbaijani control and cannot be used as a bargaining chip by Armenia. Second, while the negotiations around status can continue, what is internationally recognized as Azerbaijan is now understood by all parties to be Azerbaijan. In other words, the independence of Nagorno-Karabakh is off the table and the status negotiations will be centered on the extent of the autonomy.

Libaridian also emphasized that apart from content-specific changes, the January 11 meeting in Moscow also highlighted the current power disparity around the negotiations table. The agenda of the meeting was focused on transportation corridors, a topic that was a priority for Azerbaijan, Turkey, and Russia. No agreement was reached on the topic critical for the Armenian side, the return of the POWs. Still, the meeting was an indication that a new phase of the peace process has started. The issues of concern to the actors that hold more power will be given primacy; the others will be discussed later. What is clear is that Armenia currently does not have the leverage that it had prior to the war. As a consequence, the peace that comes might not be favored by the Armenian government. It will not be a “just peace”. Unfortunately, peace is not always a just or fair settlement.

Turning to Azerbaijan, Libaridian asked: will Azerbaijan continue with rhetoric that is essentially racist? Will that rhetoric continue to be one of domination rather than governance? This has been the problem all along. Azerbaijan has given no reason for Armenia to trust that if they are part of Azerbaijan, they will be governed rather than dominated. If the Azerbaijani government wants peace that is good for all people then it will have to change its rhetoric, it must change the way it talks and it behaves.

The Pitfalls of the Future

Ominously, Libaridian predicts that if there is a new war in future, it will be a war for the entirety of the South Caucasus, rather than for Nagorno-Karabakh, though Karabakh might serve as the excuse.

To prevent a future war, Shiriyev calls for a national dialogue between the Armenians and the Azerbaijani. There have been meetings and dialogues among small groups of people, particularly on an expert or civil society level. Yet a national level effort has been lacking. The relationship today is on a much lower level than it was in the 1990s during the first war, when communication between journalists and the population at large was present. He also highlighted the need to address the human rights abuses and violation of international humanitarian law that took place during the two wars. He emphasizes that the creation of a commission on transport communications alone cannot bring peace. A broader commission that looks into other aspects of bringing sustainable peace is also necessary. The involvement of UN agencies with respective expertise, as outlined in the November 9 agreement, could be an important step in that direction.

Libaridian highlighted the importance, for any future Armenian government, of realistically acknowledging the importance of power relations in the region and to work on building its relations with its neighbors through negotiations.

Libaridian concludes, “The possibilities of development are there. But we must begin by deciding whether we want to be neighbors or conquerors… it will require quite a bit of wisdom and circumspection and ingenuity on the part of the Armenian side to work with Azerbaijan. Whatever process is [currently] taking place, it should continue at another level as well, directly between Armenia and Azerbaijan. Not to contradict the Russian process, but to complement it. That will be the recognition that this is our problem…if we expect to live together in the future, we must start talking together now.”