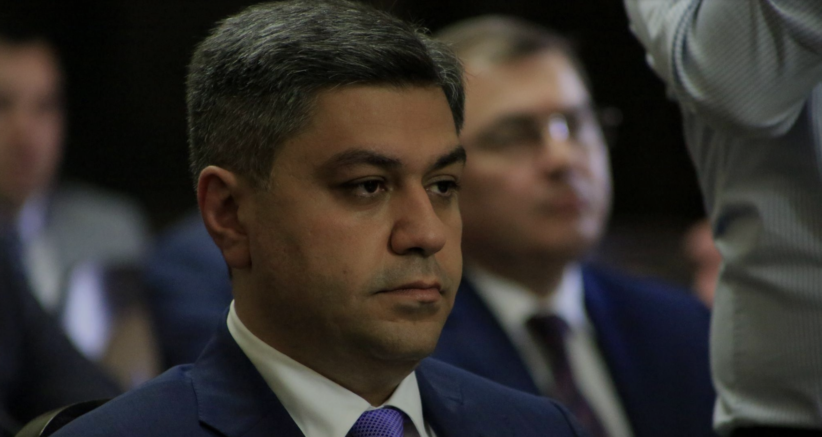 Vanetsyan and three other opposition members were arrested on Saturday. All four have been charged, but they reject the accusation as politically motivated.

Vanetysna’s Fatherland party is one of 17 Armenian opposition groups that have launched protests against Armenia’s prime minister for capitulating to Azerbaijan. The opposition parties demand Pashinyan’s resignation. The prime minister dismisses the accusations and says he signed the end of war agreement with Azerbaijan and Russia to stop further territorial losses and to save the lives of thousands of soldiers.

Nonetheless, the opposition has pledged to continue demonstrations in Armenia’s capital Yerevan.

NSS says they have found large amounts of weapons in a property belonging to Ashot Minasyan, one of the arrested. He is the commander of a volunteer military group that took part in the war. NSS on Sunday also publicized what it says is a wiretapped phone conversation between Minasyan and the two other suspects, Vahram Baghdasaryan and Ashot Avagyan, in which they discuss ways to assassinate Prime Minister Pashinyan and seize power.

Baghdasaryan is a member of former ruling Republican Party that was overthrown during the 2018 “Velvet Revolution”, and Avagyan is affiliated with the oppositional Armenian Revolutionary Federation.

Unpacking the Political Crisis in Armenia