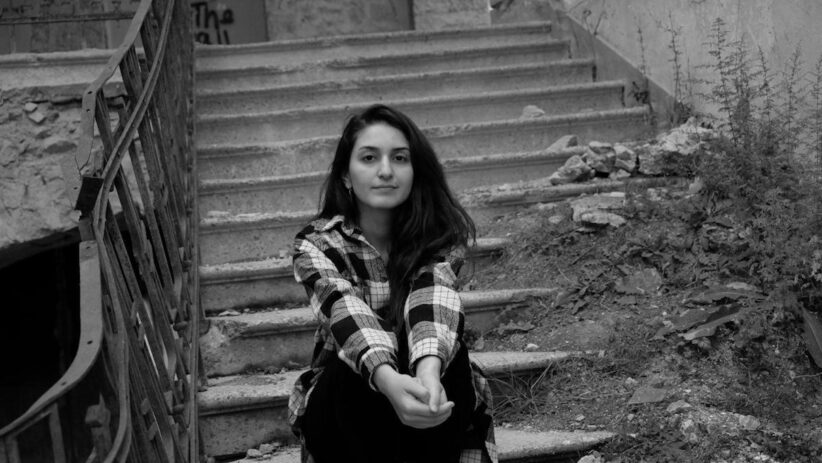 By Lika Zakaryan (A refugee from Stepanakert, writing in Armenia.)

The war is officially over but it goes on for me. Decisions, points, maps — my mind cannot grasp all these. I don’t realize what is happening. I am in that phase… What do they call it? The phase of denial. I busy myself with some trivial work, do anything only to escape from thoughts. I could handle it until I saw the newly revised map of Artsakh. We lived 44 days in ignorance of who is where, who controls what.

But today we faced our reality.

Who am I? The citizen of which country? Where will I live? I no longer have the answers to these questions. I ponder that there is a corridor between Armenian and Artsakh with a view to Karvachar. Men in suits decided that they’ll give it away on November 15.

Meanwhile, the other road that stretches through Shushi is closed. We need to construct a new road that bypasses Shushi. But that’s not a five-days work. It means that on November 15 they will give away Karvachar. What’s our conclusion? From November 15, people in Artsakh will be in an enclave. If I understand it all correctly, that’s the real deal. But the thing is that I don’t want to live in an enclave of Azerbaijan.

Today, I have been feeling devastated from the thought that I do not seem to belong to anything… You can say that at least Stepanakert is ours. In fact, yes. But it’s all the same. I am as much of a homeless refugee as, say, children from Hadrut or Shushi.

We’ve all lost our home and peace.

In my opinion, we cannot live peacefully in Stepanakert if Shushi belongs to them. And these are not some pretentious words, this is the reality. It would be possible to commit a genocide in Stepanakert in a single night, and the world will only release statements calling on both sides to find a common ground. In the meantime, one side will cease to exist.

Nothing has changed since yesterday. We are still homeless, invisible people. The only new thing is that after seeing the maps, my awareness of reality has been clarified. But this is not enough.

I was brought up by my grandmother. She was my mom, dad, grandmother, and friend. She was everything to me. When she died, I didn’t shed a tear for three days. I couldn’t accept it. But on the third day, when she was buried, when I saw the coffin, and her — my beloved — in it, I almost lost my mind… I feel the same way now.

When I go back, I will see everything with my own eyes, only then will I realize and believe…

Also Read: Dadivank Monastery to remain under the control of Russian peacekeepers

Dadivank Monastery to remain under the control of Russian peacekeepers