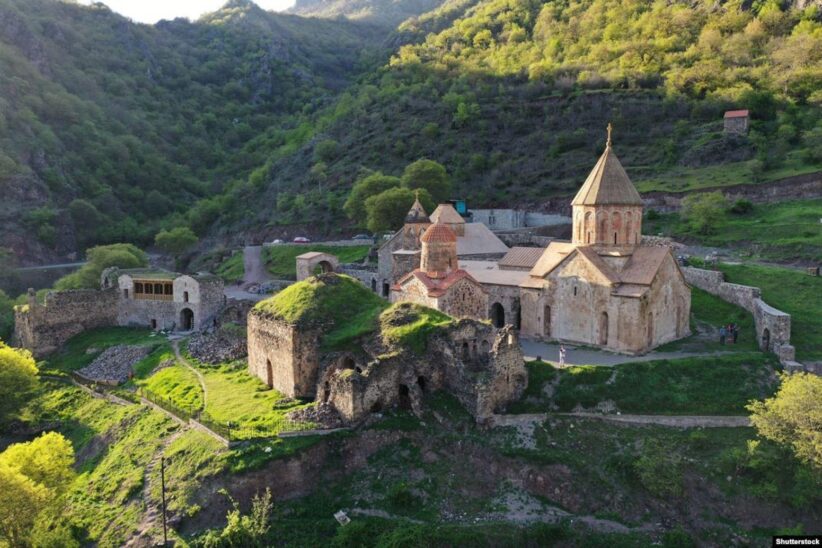 Father Vahram Melikyan, spokesman of Catholicos of All Armenians at Mother See of Holy Etchmiadzin, announced on his Facebook page that the Dadivank Monastery is not in any danger.

Built between the 9th and 13th centuries and located in the Karvachar district, the monastery is an important religious site for Armenians. But, based on a ceasefire agreement signed by Armenian, Azerbaijani, and Russian leaders, the district is scheduled to return to Azerbaijani rule on November 15.

Days before, Sarhat Petrosyan, former chairman of Armenia’s State Committee of Real Estate Cadastre, told CIVILNET that his mapping analysis shows that the monastery remains in the territory under the control of Armenian or Russian forces.

“We did something very simple. We embedded the map published by the General Staff of the Russian Federation onto Google Maps. This shows that Dadivank and Tigranakert remain in the territory of the Armenian (or Russian) forces,” Petrosyan said.

In addition, official Kremlin reports that during a November 14 telephone conversation with Azerbaijani President Ilham Aliyev, President Putin stressed the need to preserve Christian shrines in the territories that Armenia is handing back to Azerbaijan.

Also Read: In Goris, Artsakh refugee reflects on a land lost with “one signature”

“I signed a statement, not an agreement”, Pashinyan says