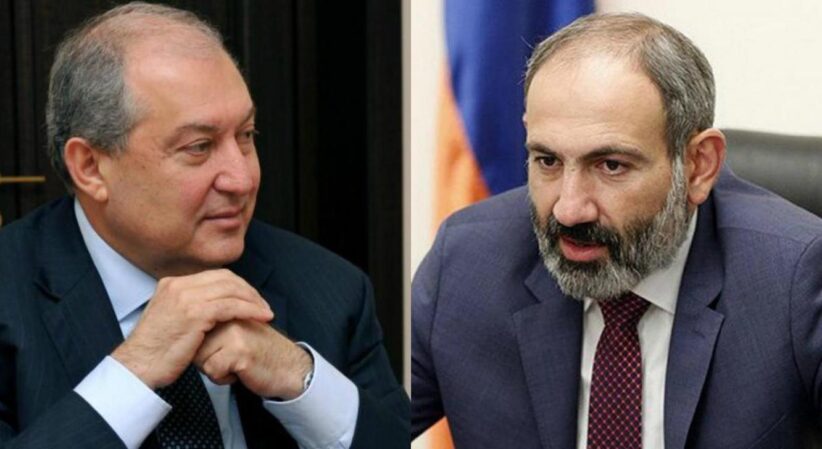 “The government that led to this must go,” Armenia’s President Armen Sarkissian, who has been calling for the resignation of Prime Minister Nikol Pashinyan, told Russian-Armenian community members during a private trip to Moscow on November 29.

The presidential press service reports that during his visit, the president met with a group a community representatives to discuss the post-Karabakh War situation in the country.

President Sarkissian emphasized that in any country, any government that led to such a great tragedy must go.

“If the politician is strong, he can return later. The previous elections were two and a half years ago when the country was completely different. Now we live in a different country,” the president said, continuing that the best path forward would be early elections and the formation of a temporary government.

President Sarkissian also expressed discontent with the limitations on the power of his office. In 2015, a constitutional referendum initiated by former President Serzh Sargsyan transitioned the country from a semi-presidential system to a parliamentary one, with it, significantly curtailed the power of the president.

While talking about the need for new elections, President Sarkissian further noted that Armenians need to think about constitutional changes as well.

Is Democracy At Stake in Armenia?