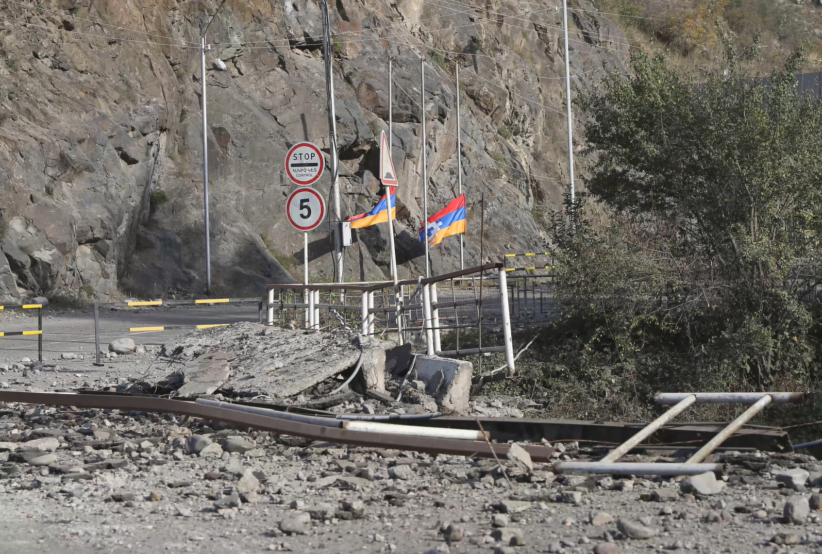 Armenia’s Deputy Foreign Minister Artak Apitonyan has stated that Azerbaijan’s continued blocking of humanitarian access to Nagorno-Karabakh has prevented a swathe of organizations from operating there, including United Nations humanitarian missions.

Apitonyan is thus one of the first Armenian officials to publicly declare that humanitarian missions to Nagorno-Karabakh are being directly prevented by Azerbaijan.

After the end of the Second Karabakh War, Russian President Vladimir Putin called on international organizations, including specialized UN agencies, to get involved in humanitarian programs in Nagorno-Karabakh, and to help the people of the region to rebuild and overcome the consequences of the war.

Prior to the 2020 war, no foreign leader called on international organizations to enter and operate in Nagorno-Karabakh, making the Russian president the first leader to do so.

Thirty years on from the First Karabakh War, the only large humanitarian organization working in Artsakh is the International Committee of the Red Cross.

Another organization is the UK-based HALO Trust, which has been present in Karabakh since the early 2000s and is involved in the demining of war-affected zones.

Azerbaijan claims that the Armenian-controlled parts of Karabakh are “occupied territories,” and thus international organizations legitimize the occupation by operating there. It seems that most of these organizations have heeded Baku’s warnings, and steered clear from the disputed territory.

The Aliyev government has taken up a number of legal endeavors too with bodies like the European Court of Human Rights, to push its claim that Armenia is “occupying” Azerbaijani Karabakh. One of the most famous examples of this is the Chiragov vs. Armenia case, in 2015, which was lodged by displaced Azerbaijanis.

Apart from legal battles, Azerbaijan has demonstrated its determination to isolate the Republic of Artsakh in other ways. Another notable example is Azerbaijan’s policy of blacklisting and publishing the names of international journalists that travel to Nagorno-Karabakh.

On March 17, Apitonyan addressed the UN Economic Commission for Europe’s Regional Forum on Sustainable Development. This year the forum was focused on the global recovery from the coronavirus pandemic, as well as sustainable development.

During the forum, Apitonyan reiterated that the lack of access has resulted in negative consequences for the inhabitants of Nagorno-Karabakh, including difficulties overcoming the covid-19 pandemic.

The Deputy Foreign Minister also reminded that this policy by Azerbaijan also contradicts the provisions of Resolution 2565, adopted by the UN Security Council, which requires uninterrupted access of humanitarian and medical personnel to conflict zones in order to combat Covid-19.

Nonetheless, there still has been no movement, and the Republic of Artsakh remains cut off from this kind of assistance, with Azerbaijan seemingly unwavered from its commitment to isolate the inhabitants of Nagorno-Karabakh.