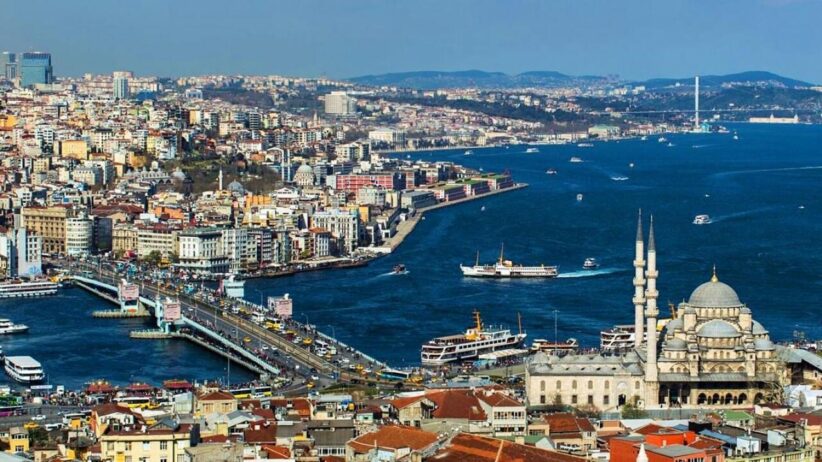 It is human nature, that one turns to friends and dear ones in difficult times. For Armenians who built friendships with Turkish colleagues in civil society, art, journalism, academia and other related fields, these friends were out of sight for the 44-day long aggression and ethnic cleansing against their kin in Artsakh. They were nowhere to be found to counter the State mandated hate propaganda against Armenians. They weren’t even able to send a couple of comforting words let alone any public action.

As much as this is a personal observation, it was also a shared sentiment among the Armenian civil society in Armenia and diaspora, from celebrity activists to young students. With all due respect to a minority fraction in Turkey who did what a friend would do in time of trouble, for Armenian civil society the following question has been brewing in the last few months: Do Armenians have any friends left in Turkey’s civil society?

If we do not count the persecution of the tiny Armenian community in Turkey and the continuous destruction of their cultural heritage, the Turkish participation and support to Azerbaijan in the genocidal campaign against the Armenians of Artsakh in 2020 was the first time in almost a century when Turkey, without showing a scintilla of remorse about its criminal past, openly engaged in a yet another attempt of annihilation of Armenians as a group living on their ancestral land.

During the last 2-3 decades, many Armenian and Turkish journalists, activists, and academics met frequently to discuss the issues between both nations and countries, starting from the denial of the Armenian genocide in Turkey, to border issues, and other historic and political problems. They also cooperated on various civil society, filming, reporting and academic projects as well. They tried to build bridges between both societies. Most of those bridges are now bombed just like Armenian schools, churches and homes in Artsakh.

However, the Turkish government is not to blame for the deafening silence of these supposed Turkish allies, and even worse, their bothsidesism in some instances. It is a well-known fact that Turkey is an authoritarian country with abysmal human rights record and almost no freedom of speech. Thus, fears of persecution for expressing solidarity with Armenian friends or even a message of peace could be detrimental. However, in the age of advanced encrypted private communication apps, only a handful of such Turkish allies and friends voiced non-committal messages of non-violence. A couple of my Turkish friends even expressed full solidarity and support with the fundamental rights of Armenians in Artsakh. However, the vast majority of these Turkish colleagues were either silent or posting about the beautiful sunsets on Marmara, or even worse, some were repeating the fascist Turkish government line.

Many of these Turkish colleagues are legal scholars, lawyers, journalists, human rights activists, NGO representatives, filmmakers, historians, social scientists, and academics, who have done work related to Armenia and Armenians, including work related to the Armenian Genocide. Unfortunately, the majority of them treated their Armenian peers as lepers or buried their heads in the sand when their government perpetrated yet another genocidal campaign along with Azerbaijan against Armenians in Artsakh. Their past work was reduced to dust when they missed the boat by ignoring their Armenian peers suffering during the war in Artsakh. And they missed the boat knowingly.

Many Armenian activists wonder now what is worth the solidarity of those so-called Turkish allies with the memory of the Armenian Genocide and annual remembrances of Hrant Dink’s murder, especially knowing too well that it is easier to express solidarity for an event like the Armenian Genocide that happened 105 years ago, that is today of no detriment to their comfort and privileges arising directly from that very same event.

Seeing what we are seeing today, there could be no doubt that after 100 years again there could be new “Turkish allies” who will provide the necessary dose of lachrymose speeches for the ethnically cleansed Armenians of Artsakh and perhaps more Armenian regions by then, depending on the Azerbaijani-Turkish appetite for land grab and the level of international apathy. It seems that the solidarity of such Turkish friends and allies of Armenians is exclusive for when Armenians are poor victims, orphaned, uprooted, massacred, torn apart, and subjugated. No empathy is shown when Armenians are still standing, even on one foot, and with one arm, resisting Turkish and Azerbaijani fascism. This latest experience only revealed how the Turkish friends and allies of Armenians are deeply entrenched in a supremacist worldview, not capable of seeing Armenians as independent sovereigns, but only as lesser beings.

With all what is said, Armenians who are traumatized by yet another genocidal campaign against them, will find enough resilience and gather their strength. That is inevitable. I hope they will also draw the necessary lessons from this experience. But the same cannot be said about the so-called Turkish friends and allies who not only are tainted with hypocrisy but also irreparably damaged any future potential for healthy relations between Armenian and Turkish thought leaders that could have been based on mutual trust and respect.

Armenia to Head to the Polls on June 20