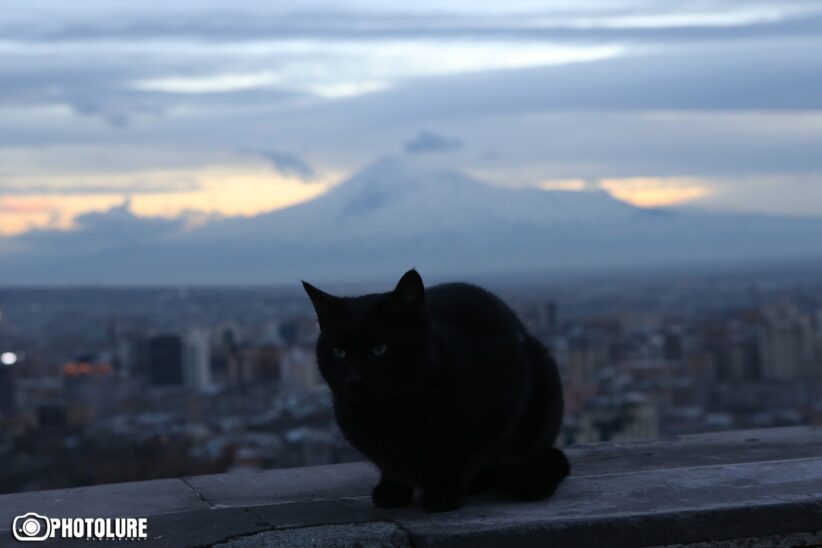 Where Do We Come From? What Are We? Where Are We Going?

Our culture is grounded in its history, comfortable in its identity, and one in which its relative peacefulness comes from a thousand unwritten norms of acceptable behavior and not from legal mandates or laws.

Culture is the most functional part of our country and the collective Armenian nation. It is also the glue that kept this county functional despite all her other failings over the past 30 years.

In this historic moment we need to weaponize our culture to build a competent state, a functional economy and a modern military. In order to make our culture usable for these purposes, we need to learn to brand our culture in a way that will redefine what it means to be Armenian both for our purposes and on how the country and culture are viewed internationally.

Cultures like ours, precisely because of their groundedness are at a great disadvantage in branding themselves. The primary feature of the world we live in is “Liquid Modernity”, a concept developed by the great Polish Philosopher Zygmunt Bauman, which argued that endless change and disintegration are the primary features of modern cultures, economies and societies.

If we are going to brand ourselves internationally it is important to understand how the world sees us.

The reality is that very few people in the world think about us or have any opinion of us. We currently don’t matter in any meaningful way to the world. Secondly, to the extent that the world knows about us, it is only because of the Genocide and the unresolved Artsakh issue.

On the first issue, regardless of what they say publicly, it either proves their stereotypes of Turks as Asiatic savages, or of us as another group of small and irrelevant people too obsessed with history from which more “sophisticated” people like themselves have moved on from.

The Artsakh issue is for the most part viewed as another “ancient” dispute between two groups of small brown people. No one cares about the specifics, the rightness of any one’s cause, or what some local Soviet committee decided in the 1920s.

For all practical purposes as far as the world is concerned we are a blank slate, so what should be the brand of a new Armenia?

Internationally, our brand should be freedom. In fact, it is more so our willingness to fight for freedom and not to accept tyrannies of any kind, and for being a small island of freedom in a sea of tyrannies all around us. We need to define ourselves as much with who and what we are against as who and what we are for.

These are not hyperbolic points; you can draw a straight line between Armenia and South Korea and not show another country that enjoys the freedoms we enjoy here. And as far as our willingness to fight for freedom, at a time in which most Europeans have literally become the Nietzchean last man, willing to sacrifice their history and freedoms for today’s peace and comfort, we are still a people willing to fight for the ashes of our fathers and the temples of our Gods. We are the ghosts of their own past, ghosts that they both admire and despise at the same time, thereby explaining their ambivalence towards us.

If we are to brand ourselves with who our enemies are, we could not be blessed with a better antagonist than Azerbaijan – an oriental despotism and the longest-running family dictatorship outside of North Korea. A country of literal slaves owned by two families, a state in which the first lady is also the Vice President, where “election results” are announced a day before the “election” by mistake on national television, and a state where the official national hero is an axe murderer.

A successful branding effort for our purposes is essentially an act of public relations jiu-jitsu, in which we utilize the negative realities of our region, and our heroic defiance of those realities, as our narrative to the world. We, unlike most peoples around us, have never accepted geography as an excuse for either tyranny or subservience. We have paid a terrible price for this, a price only a few are willing to pay.

If we are marketing ourselves to the world as a stronghold of freedom we need to comprehend what that word really means. The universal concept of freedom now is a Western one, defined by individual rights and structured, well-established and fair legal systems. There is much that is admirable about the Western notion of freedom, which has become the ideal for so many people in the world.

However, that concept which is based on the idea of freedom “from” things is different from our cultural norms and experiences. We need to put our stamp on what freedom means. Yes, individual rights are important as are solid legal systems protecting those rights, but those are starting points and not the endpoint. Freedom in our culture is also one that is enjoyed in solidarity and community and one in which lonely alienation is not mistaken for freedom.

Our approach to this concept could be our greatest contribution to the world around us. Because our culture is one that is as Asian as it is European, social and family-oriented yet almost anarchistically individualistic. We have threaded the needle between an un-free yet socially coherent East and a free and socially incoherent West; on this front, we are an example for others to follow. In our region where freedom is the exception, we must open our doors to dissidents, free thinkers and everyone willing to be constructive members of a free society. We should become what Amsterdam represented to dissidents in the 17th Century, an island of freedom in a sea of tyrannies.

We have failed in telling our story in the post Genocide period because we have not acknowledged that the crucifixion of unimportant peoples is the way of the world. Crucifixions happen every day, only resurrections are miracles, and we are that miracle.