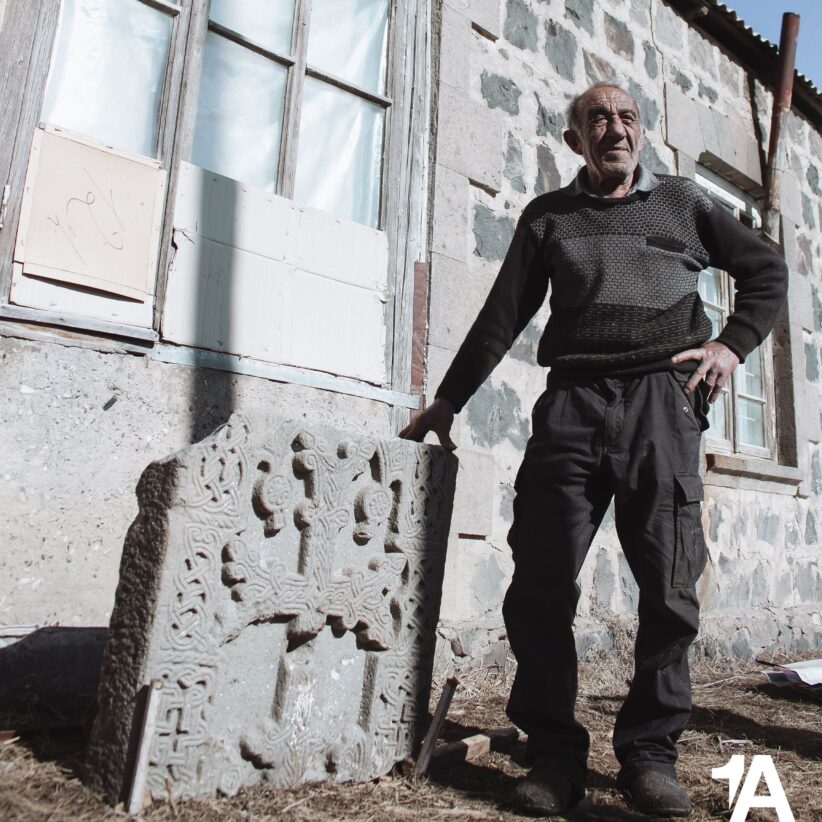 Getting a lot of buzz online lately is the Safe YOU mobile app, developed in Armenia by social entrepreneur @Mariam_SafeYOU and her team. The app launched in the spring of 2020, just as the pandemic lockdown was leaving women more isolated than ever, a situation which left them vulnerable to domestic violence. With 5000 active users across Armenia and Georgia, the free app allows those facing domestic violence to trigger emergency notifications to personal contacts, support service providers, and the police. It is said to have already saved lives.

A story with big reverberations was the announcement by the British record label “Young Turks” that it was renaming itself Young in deference to the history of the Armenian Genocide. Major outlets like the Guardian & BBC carried the news with founder Caius Pawson saying the name had been a reference to a Rod Stewart song and was a common phrase to describe radical change-makers, and that he had been unaware of its genocidal linkage at the time. The statement drew attention to the approaching April 24 anniversary and the label made a donation to the Armenian Institute of London to affect positive change from the situation. It should be noted this group is not the same as the political commentators “The Young Turks” headed by Cenk Uygur which Armenians have demanded make a similar name change for decades now. No similar name change appears forthcoming.

Another story relevant to Armenia which made headlines in the past week was “Sofagate”, where President of the EU Commission Ursula von der Leyen received insulting treatment on a visit to Ankara. With no chair made available to her as equal to her host, Turkey’s president, and to her colleague the President of the European Council, she was forced to take a seat on a couch some distance away, this in a nation which only weeks ago stunned the EU by withdrawing from the Istanbul Convention on Preventing and Combating Violence Against Women and Domestic Violence. Many saw this as just another reminder of how far western powers will go to appease Turkey at all costs, behavior which only serves to further embolden Turkey’s sense of impunity.

Last week, social media was full of news on the men’s football team; this week, the national women’s team (founded just one year ago) is having similar success.

Just a few weeks ago we noted how Alexis Ohanian floated the idea of opening an office of his venture capital fund 776 in Yerevan. Now he’s spreading the idea by encouraging founder of global trading platform Pipe, serial technology entrepreneur Harry Hurst to launch in Armenia. This is the kind of advocacy needed to promote Armenia as an up-and-coming tech center.

An incredible collection of Yerevan’s churches categorized by district; this links to the downtown Kentron district, but there are similar threads for other neighborhoods as well. As the author notes, while Yerevan has been portrayed in propaganda and some third party works as having been “basically a Muslim city” in the 17th-19th century, these churches show that was not the case. Many were destroyed in the early years of the Soviet Union, others by natural disasters, a few have been rebuilt while others exist only in these precious photographs.

As we get closer to the April 24 holiday on which President Joe Biden will or won’t use the “g-word”, some look to this tweet by Secretary of State Anthony Blinken as a hopeful sign. The Biden Administration has repeatedly stated human rights will become a major pillar of its foreign policy, and many have noted the Armenian Genocide presents an early test of this commitment. It should be noted this tweet was one originally made by the State Department and then copied by a couple of other embassies, but even if not directly speaking about the Armenian context it shows that the human rights issue is very much on the mind of the State Department in the lead up to April 24.

For a bit of escapism, enjoy this “real-life fable” relating the discovery of khachkars, and then the race against time to rescue them as he was forced to leave his home at the end of the war.

72% of Armenians Believe Peaceful Cohabitation with Azeris is Impossible