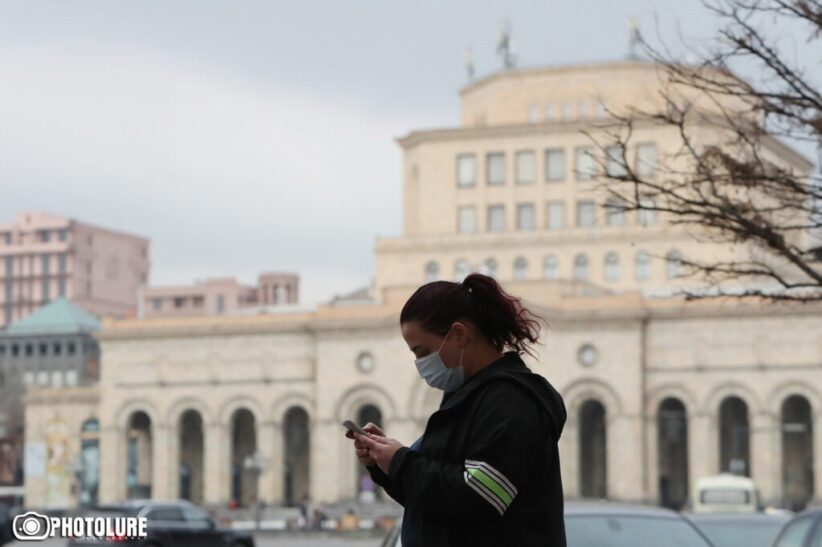 Over the coming years, Armenians traveling to other Eastern partner countries can look forward to a gradual fall in roaming costs within the framework of the Regional Roaming Agreement, supported by the EU4Digital Initiative. However, the signing of this agreement – expected in the autumn of 2021 – is just the start, as much of its success will depend on the work of the signatory countries over the coming years.

The agreement provides for a reduction in roaming tariffs for signatory countries (Armenia, Azerbaijan, Belarus, Georgia, Moldova and Ukraine) over the next few years. By the end of 2026, roaming prices in the Eastern partner countries should be reduced by as much as 87%.

During 2021, the governments of the signatory countries must amend the laws and regulations necessary to reduce the cost of roaming. Then, from the beginning of next year, the Agreement will enter into force, gradually allowing Armenians to pay less for mobile roaming services.

Regulator’s independence above all

However, for the full implementation of this agreement, all countries still have a lot of work to do. According to Andrejs Dombrovskis, EU4Digital’s Telecom Rules stream leader, a well organised regulatory system, including the establishment of an independent national regulator, is the cornerstone for building a regulatory system that will ensure both free and fair competition among providers, and the empowerment and protection of service users.

In Armenia, the national regulatory authority – the Public Services Regulatory Commission (PSRC) – is a functionally independent authority. And as a multi-sector regulator, it has proper grounds for a fast and effective implementation of EU best practices in terms of development of affordable broadband, as foreseen in the EU regulatory framework and in the newly adopted EU connectivity toolbox.

“The regulator must be independent, not only from the market, but also has to carry out its activity regardless of the politics and policy makers. This is an important element in ensuring an impartial decision-making process guaranteed by law,” explains Dombrovskis.

He adds that the actions of an independent national regulator will balance the prospects for the provision of services by market participants and the interests of service users. Regulators should be empowered to impartially intervene in the event of market and consumer rights violations.

“The national regulatory authority will be responsible for making decisions related to the obligations included in the Regional Roaming Agreement. Therefore, they play a key role in ensuring that consumers can enjoy the benefits of this Agreement,” said the Telecom Rules expert.

Dombrovskis emphasises that policy makers and legislators will have a major impact on this process, ensuring that the regulator is given sufficient powers. The EU4Digital expert is convinced that if the implementation of the Regional Roaming Agreement requires changes to the national legislation, it is necessary to do so.

How can national authorities become independent?

“We can say that the national regulatory authority (NRA) will be fully independent once it is granted adequate powers to ensure comprehensive regulations able to respond to citizens’ needs, especially in this challenging time when people need to rely on resilient networks and services. In the case of Armenia, it is recommended that the NRA be granted the power of spectrum allocation and monitoring competences. It is known that data-driven regulations bring benefits to the market and, above all, to the citizens. To this end, adequate monitoring competences are essential.”

“In this regard there are several improvements that are recommendable, such as the capacity of the NRA to recruit its experts and the ability to set remuneration for them. EU best practices show that NRAs experts should be remunerated at least at the same level as experts in the regulated private sector. When talking about the financial resources of the NRAs, we also mean that these resources must ensure the capability of NRA to procure the necessary tools to perform its duties.”

Based on best EU practices, an independent national regulator is always the driving force behind predictable regulations that ensure a competitive environment and adequate protection of end-users’ rights.

“The independence of the national regulatory authority (NRA) is a key principle of the EU telecom framework. As an important promoter of competition on telecom (digital) markets, this regulator provides the right of choice to end users, which leads to more affordable prices. In addition, it protects and empowers the end consumer by controlling markets and making transparent decisions,” says Inga Popovici.

Which Eastern partner country can serve as an example for Armenia?

According to Andrejs Dombrovskis, the situation in the Eastern partner countries is not yet homogeneous or harmonised.

When asked about relevant examples for Armenia, Inga Popovici said that the Georgian regulator (ComCom) might be taken as an example.

“The institutional and financial independence of the regulator is established by the Constitution of Georgia. In addition, the Georgian regulator is well empowered by the national law, which makes its regulations effective,” said the head of the IRB EWG.

Dr. Annegret Groebel, Director of International Relations/Postal Regulation at BnetzA, the German Federal Network Agency for Electricity, Gas, Telecommunications, Post and Railway, uses the example of her country to explain how the independence of national regulators is vital to the implementation of the legal framework.

“In order to fulfil their mandate, national regulatory authorities need to have the necessary powers and competencies, as well as the financial and personnel resources to deliver regulatory decisions of the highest quality. Finally, economic regulators must have the discretion to choose the most appropriate and proportionate regulatory measures, reaching the set of targets provided for by legislation,” said Groebel.

The representative of the German regulator is convinced that the independence of such state bodies allows participants to find equal conditions and get a real chance to take advantage of the opportunities of liberalised markets.

The EU4Digital Facility promotes key areas of the digital economy and society, in line with EU norms and practices. The Facility is implemented by a consortium led by EY, together with Action Global Communications and CEPS.

The goal of the EU4Digital Facility in the telecommunications area is to support topics such as work related to international roaming and the potential agreement on a common international roaming space among the six partner countries. It also helps in strengthening the independence of the National Regulatory Authorities for electronic communications, as well as supports making available spectrum resources for better availability and quality of mobile services.

The Regional Roaming Agreement (RRA) will ensure harmonisation of regulatory frameworks and substantial reduction of roaming prices among the six Eastern partner countries. This will enable the roaming clients of the communication networks to use a more accessible roaming service in the region. Based on the EU4Digital roaming study (2019), a reduction of more than 80% in the average price is expected.

Advisor to the Armenian President on Situations in Armenia & Artsakh