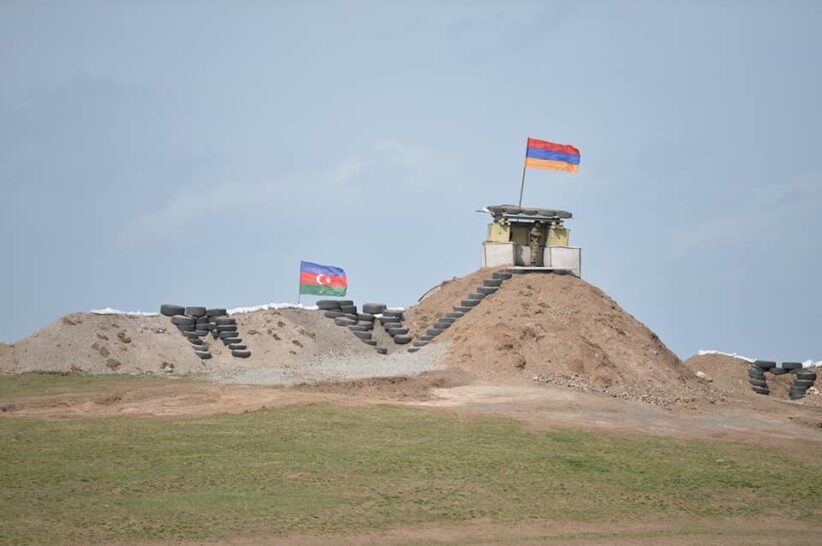 After the withdrawal of the Armenian forces from the bordering Kubatlu and Zangelan districts around Karabakh on December 27, 2020, Prime Minister Nikol Pashinyan assured that “everything is being done for the security of Syunik.” Syunik is Armenia’s southernmost region, bordering mainland Azerbaijan as a result of the Second Karabakh War.

In reality, Pashinyan did not need to withdraw the Armenian military from the Zangelan and Kubatlu regions because the November 9 trilateral statement said that the sides could stay on the positions that they held on November 10, and Armenian forces need to only withdraw the five districts of Lachin, Jebrayil, Aghdam, Fizuli, Kelbajar.

Armenians were still holding positions in Zangelan and Kubatlu areas on November 9 – both regions provided a buffer zone for Syunik.

What is happening today in Armenia’s south is directly related to the withdrawal of Armenian forces from the remaining areas of those two regions.

Roughly two months after the war, on December 27, 2020, Pashinyan said: “The most important issue is the security issue. Today, as a result of our [withdrawal from all districts], a war in Syunik was prevented. Because now in case of [Azerbaijani] encroachment on Syunik, not only the Armenian Armed Forces, not only Armenia, but also Russia will intervene. And this was done for that.” Pashinyan further emphasized that, “Our territorial integrity is the [proverbial] red line.”

Around the same time, Nikol Pashinyan mentioned that there are agreements that have not yet been written on paper.

“During the negotiations there was an understanding that the [new] borders had yet to be clarified. This is where some tension may arise in the future,” Pashinyan said on December 13.

Today, Pashinyan is to sign a new document. Although the full details of its content are not public, Pashinyan claims he is doing everything for Syunik’s security and to prevent a new war.

As of yet, Azerbaijan has not fulfilled its part of the November 10 agreement, which required both sides to return all POWs.

These circumstances, however, are not preventing Pashinyan’s government from expressing readiness and intention to sign a new, no less dangerous document. There are no diplomatic relations, there is no trust, Azerbaijan could once again not fulfill its part of the agreement.

New Agreement In the Works Between Armenia and Azerbaijan