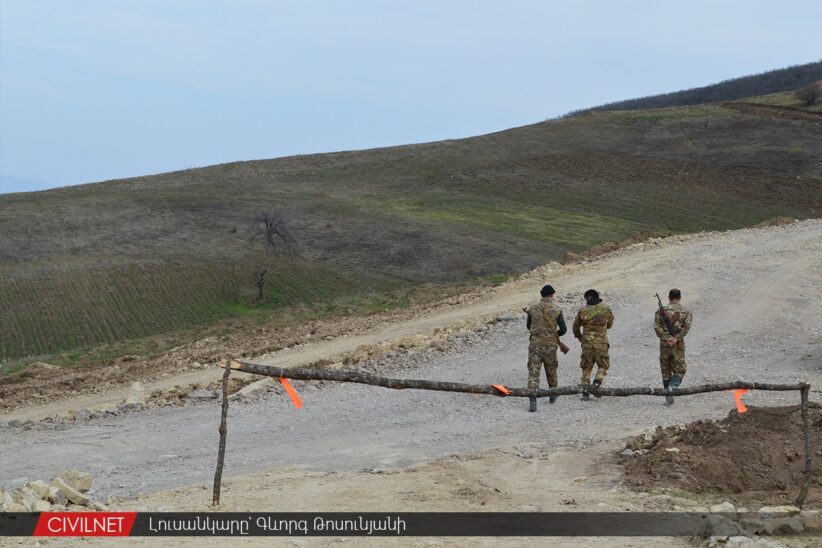 According to various telegram channels, about 30 Azeris were also injured during the fight.

According to the Armenia’s Prosecutor, on May 20, at roughly 10 AM, a group of Azerbaijani servicemen crossed the state border into Armenia’s Khoznavar village and advanced roughly 1.5 km. They claimed that the territory belongs to Azerbaijan and threatened to open fire if Armenian soldiers came close.

The advancing Armenian servicemen were able to successfully push the Azerbaijani troops back to their starting positions.

On the evening of the same day, at around 9:10 PM, Azerbaijani servicemen again crossed into Armenia, which was followed by a skirmish with Armenian servicemen on the border. Eleven Armenian soldiers were injured in the fighting, and the Azerbaijani soldiers again retreated.

Armenia’s Office of the Prosecutor has opened a criminal case.

On May 12, the Armenian government confirmed that about 200 Azerbaijani troops had crossed the border into Armenia in various parts of Syunik and Gegharkunik provinces. Negotiations between representatives from the Armenian and Azerbaijani governments to resolve the issue, slated for May 19, fell apart after the Azerbaijani side failed to attend. As of now, the situation remains unchanged.

European Parliament Calls for Immediate Release of All Armenian POWs