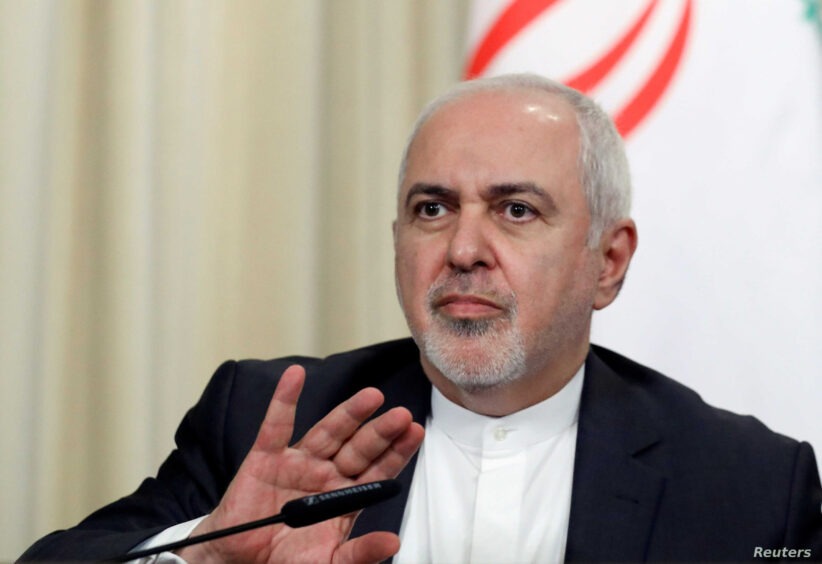 Iranian Foreign Minister Mohammad Javad Zarif has affirmed that crossing internationally recognized borders are a red line for Iran, in an apparent reference to the current incursions by Azerbaijani forces in Armenia’s Syunik and Gegharkunik regions.

Zarif’s statement came during an official visit to Armenia on May 26, where he met with Armenian Prime Minister Nikol Pashinyan and Foreign Minister Ara Ayvazian. On May 25, Zarif held talks in Baku with the Azerbaijani leadership.

“Iran is deeply concerned about the recent escalation on the border between Armenia and Azerbaijan, during the last two weeks,” Zarif said.

According to the foreing minister, the purpose his visit to Armenia is to make efforts, as a representative of a neighboring country, “to help resolve the current crisis.”

Zarif says Iran’s policy has always been to maintain peace and stability in the region.

“For the last 30 years, we have been involved in talks about the Karabakh conflict. We have tried to be useful to our good neighbors Azerbaijan and Armenia, so that this crisis can be resolved peacefully. We have respected the territorial integrity of those two countries, as well as the sovereignty and the rights of those peoples,” Zarif said.

During talks with Pashinyan, Zarif also expressed hope that after the end of the pandemic, Armenia and Azerbaijan will be able to further develop bilateral relations in the economic sphere.

“The existence of the Meghri economic zone, like the Iran-Nakhichevan-Armenia railway, can be very effective for both countries. A good agreement has been reached,” Zarif said.

In mid-January, Armenia, Azerbaijan and Russia agreed to set up a working group to work on the issue of opening up the region’s transport communications.

One of the proposed transport routes is the Meghri corridor which will connect the Azerbaijani exclave of Nakhichevan with Azerbaijani-controlled Karabakh, through the southern Armenian region of Syunik.

On May 12-13, Azerbaijani servicemen crossed the state border of Armenia in different parts of the Syunik and Gegharkunik regions, under the pretext of border demarcation. In response to Azerbaijan’s provocation, Armenia has officially applied to the CSTO to announce that it will take the necessary actions to restore its territorial integrity.

On May 25, in the border area of ​​Verin Shorzha, in the Gegharkunik region, the Azerbaijani side fired at Armenian positions. An Armenian soldier was killed in a shootout.

Future Armenian – A New Initiative to get Armenians Working Collectively