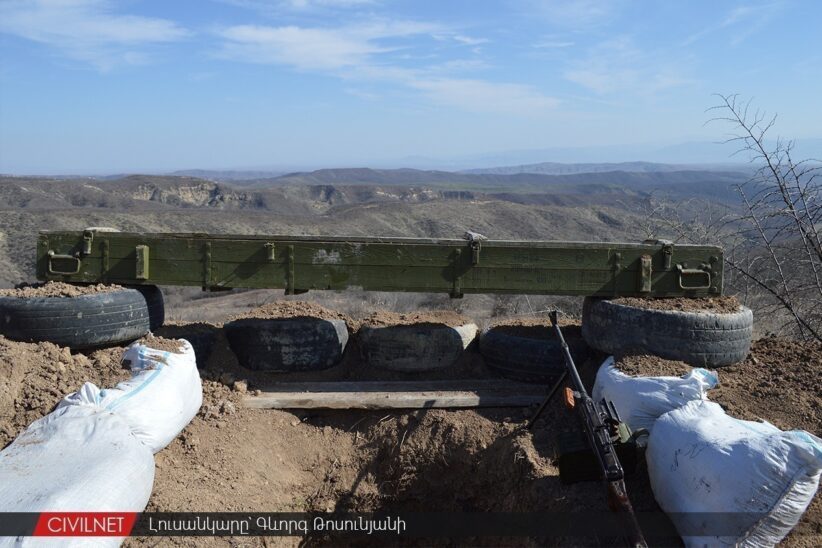 Six Armenian soldiers were surrounded and captured by the Azerbaijani Armed Forces in the early morning of May 27, in the border areas of Armenia’s Gegharkunik region. Armenia’s Ministry of Defense has confirmed the capture of the servicemen.

The Defense Ministry later released the names of the six captured servicemen: A. N. Abgaryan, I. A. Sargsyan, V. V. Sargsyan, B. U. Ohanyan, A. G. Budoyan and V. O. Rafaelyan.

A statement from the ministry notes that necessary measures are being taken to return the captured servicemen, and added that claims by Azerbaijan that the Armenian servicemen had been captured in Azerbaijan’s Kalbajar region “do not correspond to reality.” According to the ministry, the six servicemen were taken prisoner while carrying out engineering and landmine removal works.

And a few days before that incident, on May 21, 11 Armenian soldiers received various degrees of bodily injuries during a skirmish with Azerbaijani servicemen near to Khoznavar village in the southern region of Syunik. This was reported by the Office of the Prosecutor General of Armenia.

On May 12, Azerbaijani forces crossed the Armenia-Azerbaijan state border in the Lake Sev area of the region of Syunik. Later, another incursion took place in the Verin Shorzha area of Gegharkunik. Since then, the situation on the border continues to intensify.

Later today, Prime Minister Nikol Pashinyan stated that Armenia is not satisfied by the speed of the Collective Security Treaty Organization’s (CSTO) actions.

Lilit Makunts, the parliamentary head of the ruling “My Step” faction, stated that Armenia expects the CSTO to act promptly. Makunts added that the delayed response of Armenia’s international partners “led to such developments, by not giving a proper assessment or calling things by their name.”

Furthermore, Andranik Kocharyan, Chairman of the Parliamentary Standing Committee on Defense and Security, told reporters that Armenian Defense Minister Vagharshak Harutyunyan has left for Moscow to hold talks with his Russian counterparts.

Pashinyan moreover stated in parliament on May 26, that Armenia will consider taking the issue to the United Nations Security Council, if the CSTO’s mechanisms cannot resolve the current crisis in the border areas of Armenia.

The Armenian government released a statement today, which saying that several posts have now been handed over to the border guards of the Russian Federal Security Service. These territories are located in areas like Kapan, Meghri and Tegh, in the southern region of Syunik.

“Due to the tripartite agreement of November 9, 2020, there was a need to strengthen the south-eastern borders of Armenia, for which appropriate land plots were allocated (to Russian forces),” the government said in a statement.

Armenia Hands Over Lands to Russian Border Guards in Syunik