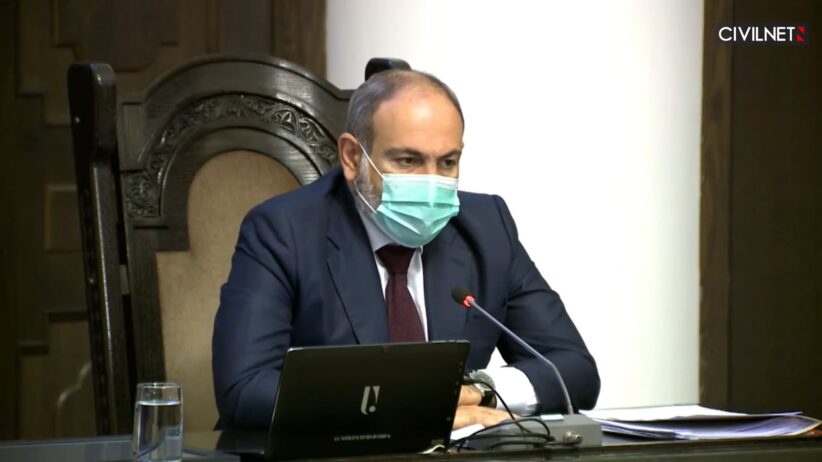 “We can agree that the armed units of both sides will leave the border simultaneously very soon. We suggest that they leave those areas and return to their permanent positions. International observers representing Russia or the OSCE Minsk Group will be deployed along the border,” Pashinyan said during the Security Council session.

Referring specifically to the area between Gegharkunik’s Sotk village and Syunik’s Khoznavar community, the acting prime minister noted that border points could be clarified with the representatives of the Minsk Group.

“Border checkpoints should be adjusted under international auspices. There is no reason to reject this plan. This is an official proposal addressed to Russia, Azerbaijan, other Minsk Group co-chair countries,” Pashinyan concluded.

On May 12, servicemen of the Azerbaijani Armed Forces crossed the state border of Armenia in different parts of Syunik and Gegharkunik regions and advanced roughly 3 km. In response to Azerbaijan’s provocation, Armenia has officially applied to the CSTO to declare that it will take the necessary actions to restore its territorial integrity.

On May 25, in the border area of ​​Gegharkunik’s Verin Shorzha, Azerbaijani side fired on Armenian positions, killing one soldiers.