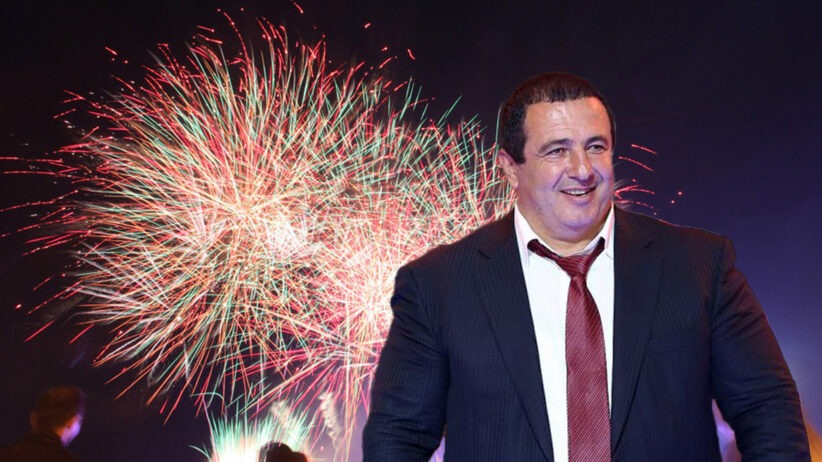 Prominent business tycoon Gagik Tsarukyan founded Prosperous Armenia (Bargavach Hayastan Kusaktsutyun) in 2004. He is, arguably, Armenia’s most successful oligarch, having managed to transform his financial power to political power — and maintain both throughout several administrations.

Though political analysts at the time suggested that then-President Robert Kocharyan played a key role in founding the party, the true extent of Kocharyan’s involvement remains unclear. It may have been limited to consciously allowing Tsarukyan to consolidate his economic and political base.

In the most recent parliamentary elections in 2018, Prosperous Armenia won 26 seats in the National Assembly, making it the largest opposition party in the legislature. The party is running in the upcoming elections under the slogan “Secure and mighty homeland” (Anvtang yev hzor hayrenik).

Tsarukyan was born and raised in Arinj, a town in Kotayk Province that serves as a suburb of Yerevan, the capital. Tsarukyan maintains a mansion in Arinj. In the 1990s, Tsarukyan became involved in more than 30 business ventures across Armenia, amassing a multimillion-dollar fortune. His holding company, Multi Group Concern, has emerged as one of Armenia’s most powerful and influential firms. At the time, Tsarukyan also made a name for himself as an athlete and previously served as the head of Armenia’s National Olympic Committee.

In the early 2000s, he founded the Prosperous Armenia party and won a seat in the National Assembly. In 2018, Tsarukyan was one of the few oligarchs in Armenia who supported the Velvet Revolution led by Nikol Pashinyan. But the two men had apparently fallen out by June 2020, when the National Security Service questioned Tsarukyan and searched his mansion in Arinj over alleged financial irregularities at his casinos. In September 2020, he was arrested on vote buying and bribery charges. Those cases remain open.

Holding 26 out of 132 seats in the National Assembly, Prosperous Armenia is currently Armenia’s largest opposition party with legislative representation. (The only other opposition party in the legislature is Bright Armenia, which holds 17 seats.) According to political analysts, rural voters and residents of Kotayk Province, where Tsarukyan hails from, form the base of support for Prosperous Armenia. Located in the center of the country, Kotayk is a major center of both agricultural and industrial production in Armenia.

Prosperous Armenia is pro-Russian in its statements. At a press conference earlier this week, party lawmakers highlighted the security of Armenia and Karabakh as the party’s main priority — and underlined Russia’s key role in guaranteeing the region’s security and stability. “The most important thing is to expand our relations with the Russian Federation…as much as possible,” said legislator Arman Abovyan. “We plan to strengthen the army and modernize it as soon as possible,” he said.