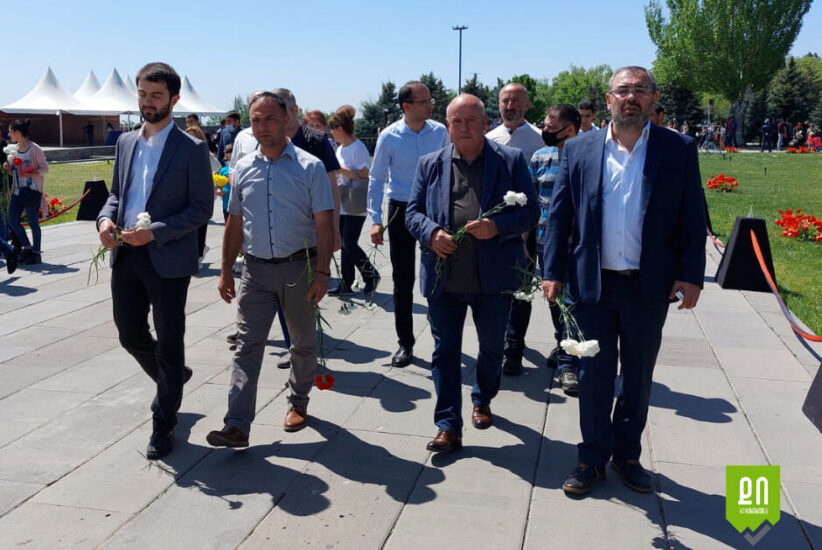 Citizen’s Decision (Kaghakatsu Voroshum) was founded in November 2018 by a group of leftists and civil society activists. Suren Sahakyan has served as party leader since the beginning. The party is not currently represented in the National Assembly, having earned less than 1% of the vote in the 2018 elections, far below the 5% threshold necessary to enter parliament. In the current election cycle, the party is running under the slogan “For it’s thine” (Zi ko e).

Suren Sahakyan, who hails from the city of Ijevan in Armenia’s northeastern Tavush Province, studied economics and finance at Yerevan State University in the late 1990s. Since the 2010s, he has actively participated in a variety of civil society activities and protest movements, most notably the Electric Yerevan mass protests of 2015, which emerged in response to a planned hike in electricity prices, and the Velvet Revolution of April-May 2018, which resulted in the ouster of longtime leader Serzh Sargsyan.

Formed in November 2018, the party traces its roots to the Mashtots Park protests of 2012, a series of then-ongoing, non-violent protests that emerged to halt “illegal” construction sites in Yerevan and the destruction of green zones in the city. “We developed important tactics and methods during those years,” Sahakyan said in a 2018 interview. He has also called the April-May 2018 Velvet Revolution, which brought now-acting Prime Minister Nikol Pashinyan to power, “a natural extension of the [Mashtots] protests.”

Citizen’s Decision has advocated for universal healthcare, universal and free primary and secondary education, and the establishment of a welfare state in Armenia, among other proposals. The party has prioritized implementing constitutional, electoral, and judicial reform, protecting the environment, ensuring gender equality, and supporting trade unions.