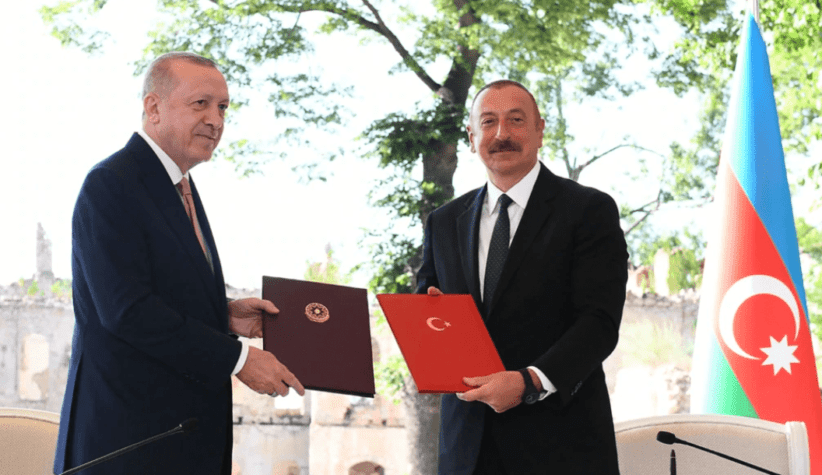 Azerbaijani President Ilham Aliyev and Turkish President Recep Tayyip Erdogan held a joint press conference in Shushi, Karabakh on June 15, during which Erdogan announced his intention to open a Turkish consulate in Shushi.

During talks in the city, the two presidents also signed the joint Ankara-Baku “Shushi Declaration”, which they say is a historic roadmap, covering issues not only in both countries, but also in the region.

Erdogan stated that through a number of programs, he will cooperate with Azerbaijan in the restoration of Nagorno Karabakh.

Referring to the strengthening of bilateral relations between Baku and Yerevan, Aliyev stressed the “active and impartial” work of the Turkish press during the Second Karabakh War.

Armenia’s Foreign Ministry has condemned the presidents’ visit to Shushi, stating that it is “an obvious provocation against regional peace and security.”

“These provocative actions clearly reveal that Ankara’s and Baku’s statements on normalization of relations with Armenia and the Armenian people are false and misleading,” Armenia’s Foreign Ministry statement reads.