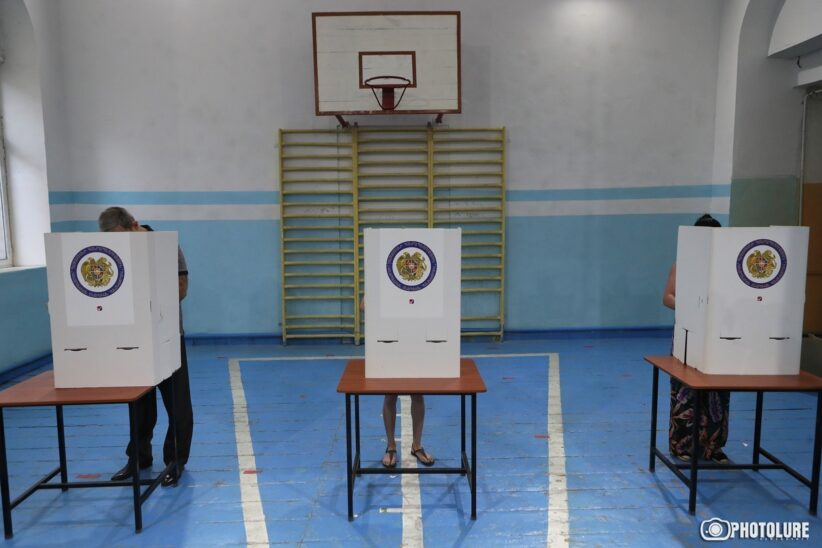 Prime Minister Nikol Pashinyan’s Civil Contract Party received 53.92% of the votes. With this percentage, the party gained a constitutional majority in the newly elected parliament, meaning that its leader, Nikol Pashinyan, will be reelected as prime minister.

The second political force in the parliament will be former President Robert Kocharyan’s Armenia Alliance with 21.04% of the votes, and the third – the I Have Honor Alliance – with 5.23% of the votes.

The parliament will consist of these three forces only. Previous parliamentary opposition groups, including Gagik Tsarukyan’s Prosperous Armenia and Edmon Marukyan’s Bright Armenia parties, did not receive enough votes to enter parliament.

I Have Honor Alliance: 7 seats

Will Armenia’s second President Robert Kocharyan take the position of an opposition deputy in parliament? Or will he give up his seat to someone else on the Armenia Alliance list?

While the Armenia Alliance says as long as the “problematic issues have not received comprehensive explanations”, it will not accept the election results, but has not made clear whether it might reject the vote all together and not take their seats in parliament.

In a statement, the Armenia Alliance said it plans to appeal the results of the election in the country’s Constitutional Court. “We have serious grounds to consider these elections illegitimate, and declare that with these results, the National Assembly does not reflect the real balance of power,” the statement reads.

In comparison, despite voicing their disappointment in the results of the election, I Have Honor Alliance noted that, “The opposition must also own up to its mistakes.”

So far, Georgian Prime Minister Irakli Garibashvili is the only foreign leader to congratulate Prime Minister Nikol Pashinyan on his party’s victory in Armenia’s parliamentary election.

“I extend warmest congratulations to [Armenian] PM Nikol Pashinyan on handling successful elections and victory of Civil Contract Party according to the preliminary results. I wish all success ahead. I look forward to working closely with new [Armenian] Government,” Garibashvili tweeted.

Georgia recently took credit for facilitating an agreement between Armenia and Azerbaijan, through which Azerbaijan handed over 15 of hundreds of Armenian POWs, in exchange for a map detailing the location of landmines in Azerbaijan’s Aghdam region.