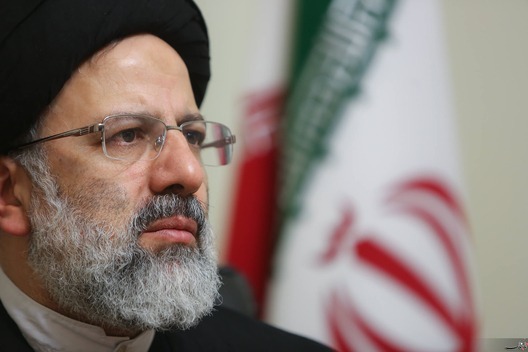 On June 18, Iranians went to the polls to vote in the Islamic Republic’s thirteenth presidential election. Though the election was hampered by the lowest turnout in Iran’s history and marred by the mass disqualification of potential candidates by the powerful Guardian Council, which vets candidates, voters overwhelmingly selected hardline jurist Ebrahim Raisi as their next president. Human Rights Watch, a prominent U.S.-based nonprofit, called the vote “neither free nor fair.”

Raisi cuts a controversial figure among many observers. A former Chief Justice (2019-2021) and Prosecutor General (2014-2016) of Iran, he is notorious for his key role in greenlighting the state-sponsored execution of thousands of Iranian political prisoners in 1988. Raisi has personally been under U.S. sanctions since 2019 and has been accused of committing crimes against humanity by UN officials.

So, what does Raisi’s election mean for Armenia, which looks at its neighbor to the south as a key strategic and economic partner?

Analysts say the election of a new administration in Tehran is not likely to bring any major changes for the government in Yerevan.

Iran’s leaders “have other, greater concerns,” Ervand Abrahamian, a Professor Emeritus of History at Baruch College in New York City and one of the world’s leading historians of modern Iran, told CivilNet via Skype. “There’s the United States, there’s Israel, there’s Azerbaijan. And of course, there’s issues such as Syria, Iraq, the Gulf. Those are the priorities of the Iranian regime.”

“A substantial change in Iran’s foreign policy [toward Armenia] is not expected to take place under Raisi,” said Hamidreza Azizi, an Alexander von Humboldt fellow at the German Institute for International and Security Affairs in Berlin. “The whole situation in the South Caucasus is not going to be among the top priorities,” for the Raisi administration, he added.

In a phone interview with CivilNet, Azizi explained that Iran’s executive branch has an increasingly limited say over the country’s foreign policy direction. “Over the past several years, the role of the administration, the president, and the foreign ministry in the process of foreign policymaking has significantly reduced,” he said. Other groups, including the powerful Islamic Revolutionary Guard Corps, as well as Supreme Leader Ali Khamenei, have “marginalized the role of the foreign ministry and the administration in the process of foreign policy formation,” according to Azizi.

Compounding these issues is the fact that Iran has never been particularly deliberate in its diplomacy in post-Soviet countries, Azizi added. “Iran’s foreign policy towards the whole former Soviet space has been mostly reactive. Iran has never had an elaborated strategy to deal with those regions,” he said.

“It’s been mostly reactions to developments that happen in those regions,” he continued. “Iran suddenly wakes up to something serious happening in the region, like this latest war in Karabakh, and then it starts thinking about how to deal with the situation.”

Even the lifting of crippling U.S. sanctions on Iran as part of a revived nuclear deal would most likely not impact Tehran-Yerevan ties in any meaningful way, the two Iran specialists say.

“Even if there are successful negotiations on the nuclear issue, I think the general policy of Iran internationally is not going to affect Iran-Armenia relations,” said Abrahamian.

Azizi explained that, were the nuclear deal to be revived, Iran would, in all likelihood, focus much of its diplomatic and economic attention on trade giants like China and Europe, rather than economic lightweights like Armenia.

“When it comes to Armenia,” Azizi said, “I think the most important areas of cooperation in the economic field are going to be still the same: energy and transportation. Neither Iran nor Armenia have that much economic capacity to do something substantial.”

Armenia and Iran share millennia-old historical and cultural ties, and relations between the two modern states remain warm. Armenia’s 44-kilometer border with Iran is of particular strategic importance, given that about 80% of Armenia’s international borders are closed due to a joint Azerbaijani-Turkish economic blockade dating back to the 1990s.

According to World Bank data, Armenia in 2019 exported nearly $84 million worth of goods to Iran in 2019 and imported over $300 million in goods from the Islamic Republic. In January, Economy Minister Vahan Kerobyan signed a memorandum of understanding with his counterpart at Iran’s Ministry of Industry, Mine and Trade. Just over four months later, Kerobyan inked another memorandum of understanding with the Iranian Minister of Roads and Urban Development. And just last week, a trade delegation from Tehran met with Armenian business representatives in Yerevan.