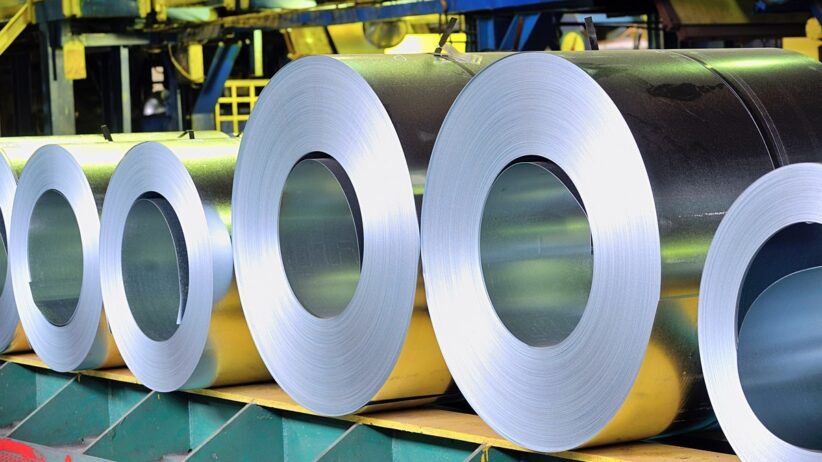 In a preliminary determination made public on May 4, the U.S. Commerce Department found in an antidumping investigation that “certain aluminum foil from the Republic of Armenia is being, or is likely to be, sold in the United States at less than fair value.” A final hearing on the matter is scheduled for September 14.

The U.S. is the final destination of 40% of Armenia’s total yearly aluminum exports, according to the Armenian Embassy in Washington. Armenia exported about $31.6 million in aluminum foil to the U.S. in 2020, according to Commerce Department data.

The petition, filed concurrently with the Commerce Department and the U.S. International Trade Commission, alleges that aluminum foil imports to the U.S. from Armenia, Brazil, Oman, Russia, and Turkey are being “dumped,” or sold at unfairly low prices. In doing so, those countries are “causing material injury” to the U.S. aluminum industry, the lobbying group claims.

Additionally, the petition “alleges that imports of certain aluminum foil from Oman and Turkey are unfairly subsidized and requests the imposition of countervailing duties” on aluminum imports from those two countries, according to JD Supra, an online source for accessing legal information and documents.

The antidumping investigation, which the Commerce Department initiated about a month after receiving the Aluminum Association’s petition, covers “aluminum foil having a thickness of 0.2 millimeters or less, in reels exceeding 25 pounds, regardless of width…that contains more than 92 percent aluminum,” according to the legal information database.

In Armenia’s case, the Commerce Department alleges that Armenal, the country’s sole aluminum foil manufacturer, is dumping its product on the U.S. market at an “estimated weight-dumping margin” of 188.84%. That determination means that Armenal must pay U.S. Customs and Border Protection “cash deposits in amounts equal” to 188.84% of the aluminum foil’s value in order to continue exporting to the U.S. market.

“To my knowledge, this is the first time an Armenian export item comes to the attention of the industry and the Commerce Department in this manner, although the matter has come to the attention of the European Union in the past,” said Armen Kharazian, a Washington-based lawyer and former Deputy Chief of Mission at the Armenian Embassy in Washington. He currently works as an attorney in private practice specializing in export control and sanctions, among other issues.

Kharazian here is referring to a decision made by the EU in 2009 to impose its own antidumping duties on exports of aluminum foil from Armenia, Brazil, and China. In Armenia’s case, the duty was 13.4%, according to a paper by International Monetary Fund economist Shushanik Hakobyan. But in 2013, the European General Court found that the duties on Armenian aluminum foil violated the General Agreement on Tariffs and Trade and annulled them.

Armenal is wholly owned by Rusal, the Russian aluminum giant and one of the world’s largest aluminum companies. Rusal is also directly implicated in the antidumping investigation. For many years, the company was owned by Oleg Deripaska, a prominent Russian oligarch and at one time the country’s richest man. In 2019, Deripaska reduced his stake in Rusal to less than 50% in return for sanctions relief for his businesses from the U.S. Treasury Department. The U.S. government has maintained personal sanctions against Deripaska since 2018.

The Armenal plant, situated on the upper slopes of Yerevan’s Arabkir district, employs nearly 700 people, according to the Rusal website. The Armenal facility is located on the site of the former Kanaker aluminum smelter, which was built in 1950 and grew to become one of the Soviet Union’s largest aluminum foil mills. Rusal spent an estimated $70 million in the early 2000s to renovate the plant.

Armenal is a significant contributor to Armenia’s state coffers, paying nearly $3.4 million in taxes in fiscal year 2020, according to harkatu.am, a website that gathers information on Armenia’s top taxpayers. The factory “supplies aluminum foil for packaged food, beverage, cigarette and other export markets primarily in the U.S. and Europe,” according to an ANCA press release.

In the same press release, the ANCA condemned the Commerce Department’s determination that Armenal is dumping aluminum foil in the U.S., calling it “a punitive trade action” and “counter-productive.”

In a statement to CivilNet, Rep. Judy Chu (D-Calif.), a member of the Congressional Armenian Caucus, said, “US support for Armenia’s economy is vital to Armenian growth and stability and deepens our already important relationship. That is why I’m alarmed by the serious harm that this policy will cause to Armenia’s economy.”

“As soon as I learned that the Commerce Department was planning this, I immediately reached out to set up a meeting between my staff and Commerce to discuss the disproportionate harm this could cause our allies in Armenia,” the statement continued. “I have also been in touch with other Congressional offices and domestic industries worried about this new policy and will continue to push the Commerce Department to ensure policies that work for both the US and Armenian economies.”

Last year’s petition was filed by three of the Aluminum Association’s members: Gränges Americas of Tennessee, JW Aluminum Company of South Carolina, and Novelis Corporation of Georgia. The three companies are represented in the suit by Kelley Drye & Warren LLP, a New York City-based international law firm, according to JD Supra, the legal database.

In a statement, John M. Herrmann, of Kelly Drye & Warren LLP, said that “imports of unfairly low-priced aluminum foil from the subject countries have surged into the U.S. market, devastating pricing in the U.S. market and resulting in further injury to U.S. producers.”

The Aluminum Association alleges that Armenia and the four other countries under investigation began increasing the amount of aluminum foil they were dumping in the U.S. after the Commerce Department issued similar “antidumping and countervailing duty orders” on Chinese aluminum foil exports in 2018.

That determination, which also stemmed from an Aluminum Association petition, prompted China to “shift exports of aluminum foil to other foreign markets,” opening a space for other countries, including Armenia, to ramp up their exports to the U.S.

“As Chinese imports receded from the U.S. market, they were replaced by a surge of unfairly-traded aluminum foil imports that are injuring the U.S. industry,” said Tom Dobbins, President and CEO of the Aluminum Association, in a press release.

Indeed, Armenian exports of aluminum foil to the U.S. grew by 16.5% from 2018 to 2019, the last year for which data is currently available, according to the online Observatory of Economic Complexity. The website is an international trade data platform developed by researchers at the Massachusetts Institute of Technology that uses data from the U.S. National Bureau of Economic Research and public customs records from around the globe.

Armenia’s position in the Commerce Department’s investigation is further complicated by its designation as a non-market economy (NME) under U.S. trade law, meaning that the country’s economy does not “operate on market principles of cost or pricing structures, so that sales of merchandise in such country do not reflect the fair value of the merchandise.”

Kharazian, the former Armenian diplomat, said that Armenia’s NME designation “raises very significant questions” and “has implications and ramifications when it comes to the country’s reputation, credibility, and ease of access to foreign funding.”

The U.S. currently designates 11 countries as having NMEs: China, Vietnam, and nine out of 15 post-Soviet countries, including Armenia. Armenia’s two post-Soviet neighbors, Azerbaijan and Georgia, are also designated as NME countries. According to the Congressional Research Service, a country’s government “must make a formal request for review, or back a claim by a respondent in the U.S.” to have the NME designation removed.

In terms of dumping investigations, the NME designation is important because it can “often result in the imposition of higher antidumping rates than would occur” otherwise, according to the Congressional Research Service

The Armenian Embassy in Washington and Armenia’s Economy Ministry declined requests by CivilNet for comment.