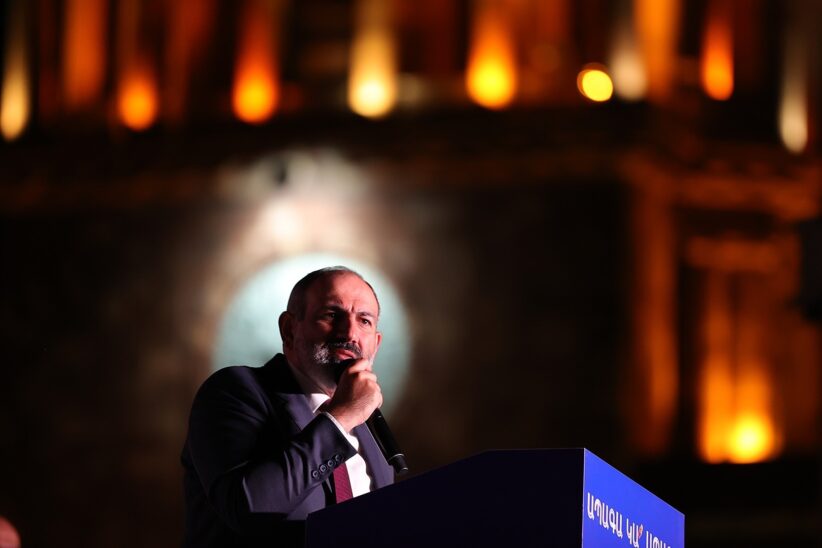 By Karen Harutyunyan, Editor-In-Chief of CivilNet

A new government headed by Nikol Pashinyan will soon be formed in Armenia, and will assume responsibility for handling the Karabakh issue, as well as talks with Azerbaijan. After the November 9, 2020 trilateral agreement signed by the leaders of Armenia, Azerbaijan and Russia, and after the joint statement of the leaders of these three countries on January 11, 2021, a number of important questions remain unanswered and ambiguous for the Armenian public. Before any serious negotiations can take place, Armenia’s new government must show transparency and accountability by answering these critical questions.

1. Apart from the November 9, 2020 trilateral agreement, are there any other written or oral agreements between the parties? The most important issues of concern are the corridor [as Baku claims] that is to go from Azerbaijan proper to its exclave of Nakhichevan through Armenia’s southern region of Syunik, and the handling of minefield maps.

2. According to the November 9 agreement, both Armenian and Azerbaijani forces had to halt at the positions they held on November 9, and not make any further movements. On that date, the Armenian side controlled only one section of Artskah’s Hadrut region: the villages of Hin Tagher and Khtsaberd, and their surroundings. On December 12, 2020, Azerbaijani forces moved into those areas and occupied it, capturing dozens of Armenian servicemen in the process. Was there, in fact, an agreement struck between Armenia and Azerbaijan, which may have led to Azerbaijan’s invasion of this part of the Hadrut region? Why isn’t the Armenian side raising this issue as a violation of the November 9 agreement and denouncing it as an occupation of territory? Was this issue raised during talks between the leaders of Armenia, Azerbaijan and Russia in Moscow on January 11, 2021?

3. Despite the provisions of the November 9 agreement, Azerbaijan invaded the sovereign territory of the Republic of Armenia, and captured six Armenian servicemen in the process. The incursions across the state border occurred in the regions of Syunik and Gegharkunik. Were these border incursions by Azerbaijani forces related to the process of border delimitation/demarcation? Did the Armenian side commit to carrying out demarcation processes within a certain time period?

4. The preliminary version of the November 9 agreement, which was leaked in the media, mentioned the return of the Azerbaijani territories of the Gazakh region. In the final version published on the Kremlin’s website, this provision was no longer there.

It is known that two enclaves of the Gazakh region of Soviet Azerbaijan – Voskepar and Barkhudarli – located in the north-eastern part of Armenia are under Armenian control since the breakup of the Soviet Union in 1991. In recent months, Azerbaijan has been raising the issue of the return of the enclaves. The Armenian side is not ruling out such an outcome (Prime Minister Nikol Pashinyan stated that “Armenia also has enclaves under the rule of Azerbaijan, for example, Artsvashen, which should exchange an enclave”).

Was this provision in fact included in the preliminary version of the ceasefire document of November 9? Or was this issue raised during the on-the-phone negotiations on November 9 between the leaders of Armenia, Russia and Azerbaijan? What position does Yerevan have on the issue of enclaves in general?

5. Since the end of the 2020 Karabakh War, there have been two calls to enlist army conscripts in Armenia. However, soldiers from Armenia are no longer being stationed in Nagorno-Karabakh. How was this decision made? Was this a demand or requirement of the ceasefire agreement? If not, why have Armenian conscripts stopped serving in Nagorno-Karabakh?

Azerbaijani President Ilham Aliyev stated on February 26, 2021 that Azerbaijan agreed with the Russian side that foreigners can go to Nagorno-Karabakh only with approval from the Azerbaijani side.

Is the Armenian side aware of such an agreement between Russia and Azerbaijan? If it is aware, what is the agreement? And if not, why can’t foreign nationals enter Nagorno-Karabakh without obstacles?

The Armenian version of this article is available here.