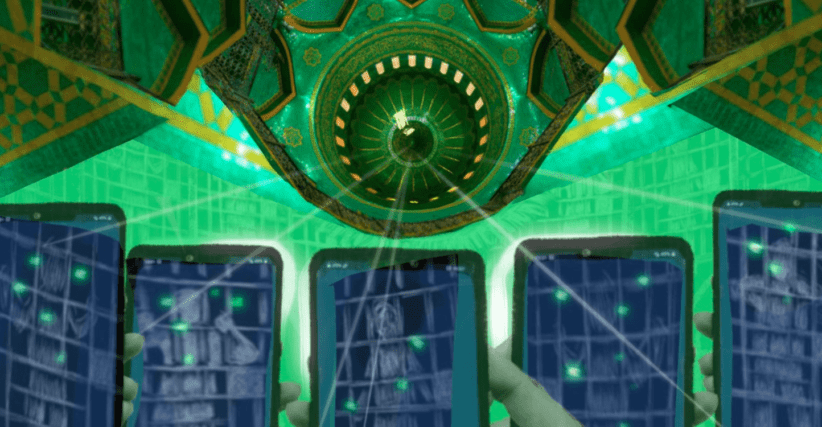 A story which got a great deal of attention in the past weeks was the influx of Iranians into Armenia in order to get vaccinated against COVID-19. The Armenian populace has been mostly unwilling to get the vaccines currently on offer, and with mobile vaccination stations in Yerevan open to non-citizens, many thousands have come from Iran where the slow roll out of its own locally-produced vaccine has pushed them to make the very long journey to Armenia. This wave of visitors created a strain on the system in Armenia as well, and rules were changed to restrict vaccination to only those tourists who have been in the country for at least ten days. It is said all flights and bus trips from Iran are booked at least a month out.

An explosive story with international and local resonance broke last week about an Israeli cyber-surveillance company that has been supplying its Pegasus spyware to repressive regimes around the world to spy on everyone from journalists and human rights activists, to world leaders like French President Emmanuel Macron. Not surprisingly, one of those countries using NSO software was revealed to be Azerbaijan, which was spying on at least 1000 local phone numbers, including not just activists and those who have spoken out against the Aliyev regime, but their friends and family as well. NSO asserts that it “adheres to human rights standards”, a hard-to-believe claim, especially considering Pegasus had also allowed the Saudi government to monitor the phones of the fiancee and family members of murdered journalist Jamal Khashoggi. This story is a reminder of the risks faced by activists around the world and the increasingly invasive methods adopted by corrupt governments to counter them.

With President Biden’s recognition of the Armenian Genocide in April, attention has turned to the United Kingdom as one of the last major democracies to still not describe the 1915 atrocities committed against Armenians by the Ottoman Empire as genocide. It is known that in the early 1990s, a British official had privately said that their policy on recognition was tied to the United States, meaning that the UK would recognize if the US did. The US has done its part, however 30 years on will the UK still follow suit? British opposition Member of Parliament Rupa Huq questioned Foreign Secretary Dominic Raab on the matter, and while the latter’s terse answer implied there has been “no change” in UK policy, Raab did, whether intentionally or not, use the term “Armenian Genocide” while doing so. It was recently announced that a bill on recognition will be debated in parliament this December.

Many of you have likely been following the tension on Armenia’s borders, with periodic shootings accompanied by Azerbaijani President Aliyev’s increasingly aggressive and frustrated-sounding statements on his desire to take Armenian land by force. This thread by Laurence Broers gives an astute analysis of this very opaque situation.

For years, Armenians have discussed the great potential for tech outsourcing to Armenia, with individual diasporans making their own connections with local talent for their companies. Now the app Deel has added Armenia to its roster of countries where it facilitates hiring, making this process much easier, complete with contracts which are compliant with Armenian labor laws. Reddit co-founder Alexis Ohanian is clearly excited about the Armenian labor pool and the growth which can occur from hooking it into the global ecosystem.

Your dose of Armenian trivia, connected to the HBO Max comedy-drama The Flight Attendant, starring Kaley Cuoco of The Big Bang Theory fame. The series is based on the book by Chris Bohjalian, who has revealed the origin of one of the show’s main characters. “Annie” Mouradian, played by Zosia Mamet, is actually named Ani (Americanized to Annie by the many around her who couldn’t pronounce it properly growing up) after the ancient Armenian capital city currently in Turkey. Her last name Mouradian was inspired by Bohjalian’s real-life friend Khatchig, who has just succeeded Dr. Levon Avdoyan as the Armenia and Georgia Area Specialist at the Library of Congress. The Flight Attendant’s second season premieres in Spring 2022.

Finally, we leave you with the Armenia Olympic team’s entry into the delayed 2020 Olympics in Tokyo. President Armen Sarkissian, who can be seen cheering them on, is on a working visit to Japan where he met with the country’s prime minister, and also visited the Shibusawa Eiichi Memorial Foundation in honor of its namesake’s humanitarian relief work during the Armenian Genocide. Armenia has 17 athletes competing in eight sports. Athletes to watch include Artur Davtyan in gymnastics, Simon Martirosyan in weightlifting, and Artur Aleksanyan in Greco-Roman wrestling.

Armenian villager was returned by Azerbaijan, but sustained injuries