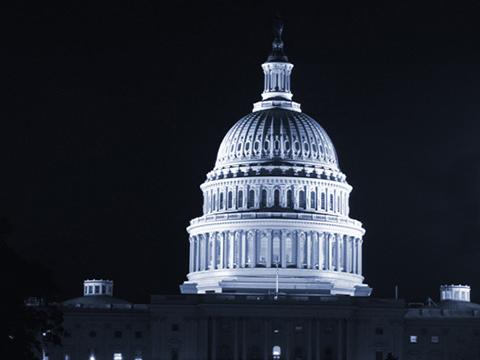 The U.S. House of Representatives on Wednesday adopted the Pallone Amendment as part of the fiscal year 2022 State and Foreign Operations (SFOPs) Appropriations Bill, cutting Washington’s military aid to Baku. The House passed the bill with 217 members voting for and 212 against.

The amendment, put forward by Rep. Frank Pallone, D-N.J., who serves as co-chair of the Congressional Armenian Caucus, states that “none of the funds appropriated or otherwise made available by this Act under ‘International Military Education and Training’ and ‘Foreign Military Financing Program’ may be made available for Azerbaijan.”

“I am proud this funding bill includes unprecedented support for Armenia and sends a clear signal to Azerbaijan that the United States will not tolerate authoritarian regimes that threaten peace and stability,” said Pallone in a press release. “I applaud this important step that will help bolster Armenia’s democracy, improve economic development, and help alleviate the ongoing humanitarian crisis caused by Azerbaijan’s unprovoked attack on Armenia.”

The Hellenic American Leadership Council, a prominent Greek American organization based in Chicago, also supported the amendment’s approval. “The US must stop enabling Azerbaijan-Turkey’s loyal wing man-as it undermines peace, stability and human rights,” the group said on Twitter.

Additionally, the fiscal year 2022 SFOPs bill sets aside “not less than” $50 million in aid to Armenia “for economic development, private sector productivity, energy independence, democracy and the rule of law, and other purposes,” as well as $2 million in funding for demining efforts in and around Karabakh.

The region is believed to be one of the most heavily mined territories in the world, and “there have been more landmine accidents per capita in Karabakh than anywhere else in the world,” according to the HALO Trust, a mine clearance organization that has operated in the region since 2002.

The Pallone Amendment, however, does not impact Section 333 of Title 10 of the U.S. Code, which authorizes the Defense Department “to conduct or support…programs to provide training and equipment to the national security forces of one or more foreign countries for the purpose of building the capacity of such forces.” Washington has provided Baku over $100 million under Section 333 in the past few years, according to data compiled by CivilNet commentator and analyst Emil Sanamyan.

The fiscal year 2022 SFOPs bill also does not affect Section 907 of the FREEDOM Support Act, which bans any direct aid from the U.S. government to that of Azerbaijan. Originally passed in 1992 in response to Azerbaijan’s economic blockade of Armenia during the First Karabakh War, Section 907 has been waived by successive presidential administrations every year since 2001.

Even though Joe Biden called on then-President Donald Trump to withdraw the waiver during the 2020 presidential campaign, now-President Biden’s administration duly extended the waiver on April 23, just one day before Biden’s historic recognition of the Armenian Genocide.