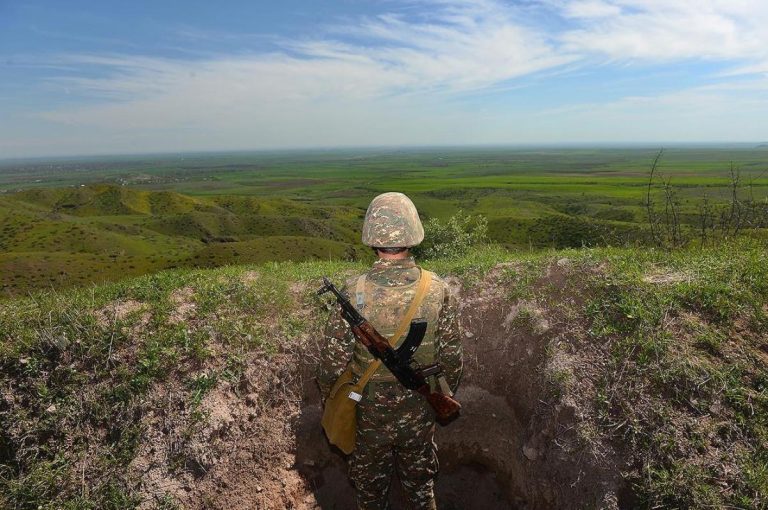 In a government session on July 29, Armenia’s Acting Prime Minister Nikol Pashinyan said that the government should consider the deployment of Russian border guard bases along the Armenia-Azerbaijan state border in the Gegharkunik region. He views this as a preventative measure to hinder border demarcation and delimitation actions through military clashes.

Pashinyan stated that the presence of Russian border guards would prevent escalations and outbreaks of violence in the area.

On July 28, units of the Azerbaijani Armed Forces opened fire on Armenian positions in multiple areas of the eastern section of the border in the region of Gegharkunik. Three Armenian servicemen were killed and four others were injured. The losses on the Azerbaijani side are not clear.

Few hours into the fighting, Russia brokered a ceasefire which was broken on Thursday, when Azerbaijani units once again opened fire in Gegharkunik, this time resulting in one Armenian serviceman getting wounded.

Dimitry Peskov, the press secretary for the Russian President Vladimir Putin, told news agency RIA Novosti that the Kremlin is aware of the tensions on the Armenia-Azerbaijan border and is working with both sides.

When asked by reporters whether Moscow was ready to protect Armenia’s borders despite the risk of straining relations with Baku, Peskov responded that dialogue with Yerevan is ongoing.

Pashinyan stated that the mission would be fact finding in nature and will uncover the reality of the situation.

But weeks ago, Stansilav Zas, the Secretary General of the CSTO, had reiterated that the incursions by Azerbaijani troops into the Armenian regions of Syunik and Gegharkunik do not fall under the Organization’s charter on collective defense.