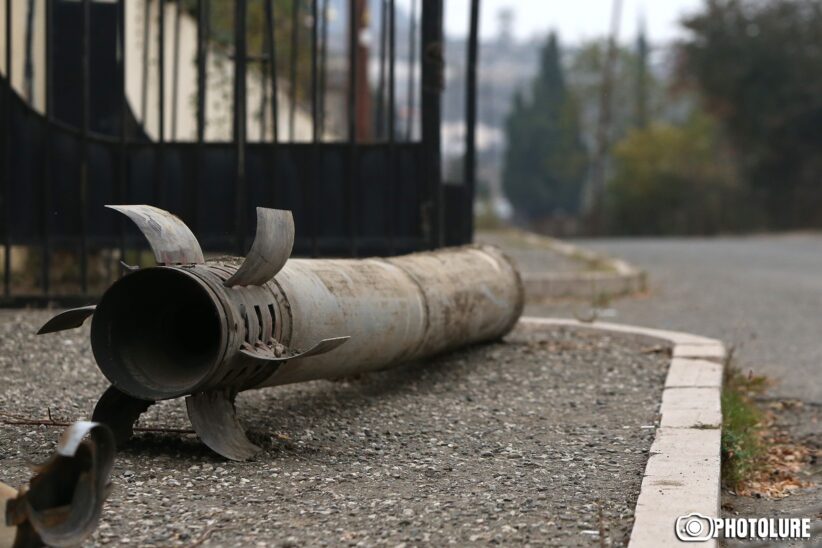 Armenia’s ruling Civil Contract party will convene an investigative commission to study the circumstances of last year’s war in and around Karabakh, Vice Speaker Alen Simonyan said at a news conference on Monday. The development came after a two-hour closed-door meeting of top Civil Contract leaders, including acting Prime Minister Nikol Pashinyan.

Simonyan did not provide any further details on the committee’s future composition or legal purview. Nonetheless, it is understood that the Civil Contract leadership will invite members of the other two parties represented in parliament (National Assembly), the Armenia Alliance and the I Have Honor Alliance, to join the commission, as well as representatives of parties not currently seated in the National Assembly.

“The ruling party has already made such a decision for itself. We have considered the issue of the mandatory involvement of extra-parliamentary forces,” Simonyan told journalists at the news conference.

Lawmakers have been calling for the formation of an investigative commission since late last year to study Armenia’s disastrous defeat in the Second Karabakh War when Armenia and Azerbaijan signed a Russia-brokered ceasefire agreement. For instance, the Bright Armenia party, which lost its representation in the National Assembly in last month’s snap parliamentary vote, drafted a bill in December that would have formed such a fact-finding commission.

“Ideally, it would be an independent, non-partisan commission, made of renowned statesmen and professional researchers who would have full access to all relevant sources of information, including classified information,” said Simon Saradzhyan, a Boston-based researcher, via email.

Saradzhyan was the lead author of a major report, “The Causes of Armenia’s Defeat in 2020,” published earlier this year. In the document, Saradzhyan and his co-authors from Armenia and around the world underlined “the urgency of establishing a Fact-Finding Commission” in Armenia to study the Second Karabakh War.

The National Assembly last established such a commission in June 2019, at Pashinyan’s urging, in order to investigate the circumstances of clashes between Armenian and Azerbaijani forces in April 2016. Known as both the Four-Day War and the April War, the fighting left dozens of soldiers and civilians dead on both sides. At the time, it was the worst outbreak of violence between the two sides since the end of the First Karabakh War in 1994.

However, when the commission finished its investigation in September 2020, lawmakers decided not to make the findings public. Then-Speaker Ararat Mirzoyan, a leading member of the Civil Contract party, defended the move, saying the final report contained state secrets.

The fate of the new commission is uncertain. Whether it too can keep its findings secret remains to be seen.