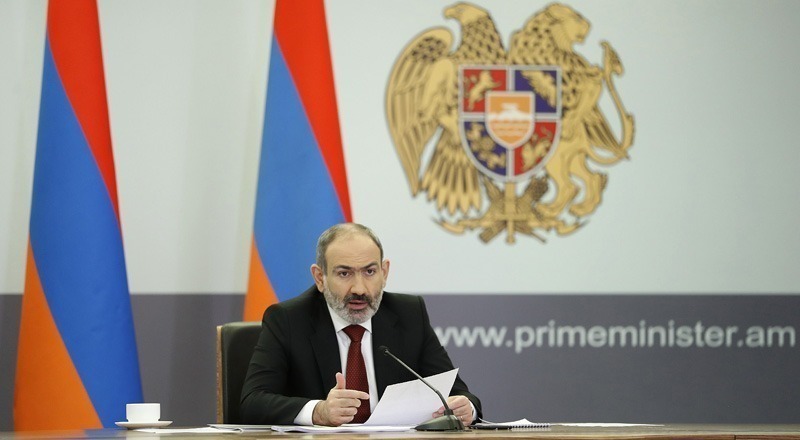 Armenian Prime Minister Nikol Pashinyan made public an extensive five-year action plan on Wednesday that outlines the government’s priorities through 2026. In a speech presenting the plan, Pashinyan stressed that “Armenia’s external security, sovereignty, and territorial integrity, a just solution to the Nagorno-Karabakh issue, and the creation of a favorable regional and international atmosphere around Armenia continue to be a priority for Armenia.”

Armenia’s constitution gives the National Assembly, as the country’s single-chamber parliament is officially known, 20 days to approve or reject the plan. The legislature is set to debate it next week.

The plan, which builds off a document Pashinyan released last year and campaign pledges made by his Civil Contract party during this summer’s snap parliamentary elections, is divided into six sections: security and foreign policy, economy, infrastructure development, human capital development, law and justice, and institutional development.

Over the coming days, CivilNet will publish a series that examines the most significant reforms envisaged in the plan.

In his speech on Wednesday, Pashinyan also stressed the importance of consolidating democracy in Armenia, saying that “the early elections of 2021 showed the irreversibility of democratic processes” in the country. He also said that the polls “were of exceptional importance for the restoration of public solidarity” in Armenia and called them “the people’s vote of confidence” in his leadership.

The elections, which resulted in an unexpected landslide win for Pashinyan’s Civil Contract party, were meant to resolve a monthslong political crisis over Pashinyan’s handling of the September-November 2020 war with Azerbaijan in and around Karabakh. The conflict ended in a disastrous defeat for Armenia and left thousands dead and tens of thousands more injured or displaced. The June vote was deemed “competitive and generally very well-managed” by the Organization for Security and Cooperation in Europe (OSCE).

Much of Pashinyan’s speech was focused on Armenia’s foreign relations, with the prime minister underscoring the importance of Yerevan’s relations with Moscow and the country’s membership in the Russia-led Collective Security Treaty Organization (CSTO). The CSTO is a collective defense alliance founded in the 1990s by Russia, Armenia, and four other post-Soviet states.

Pashinyan also highlighted Armenia’s desire to continue negotiations over Karabakh through the Minsk Group, which was formed by the OSCE in the 1990s and is meant to encourage peaceful resolution of the conflict between Armenia and Azerbaijan. France, Russia, and the United States chair the group.

In a separate development Thursday, Pashinyan appointed Ararat Mirzoyan, a former National Assembly speaker and a close personal ally, as Armenia’s foreign minister. The post has been unfilled since May, when then-minister Ara Ayvazyan and his four deputies resigned en masse, reportedly over policy disagreements with Pashinyan.

An Armenian village in Artsakh remains surrounded by Azerbaijani forces