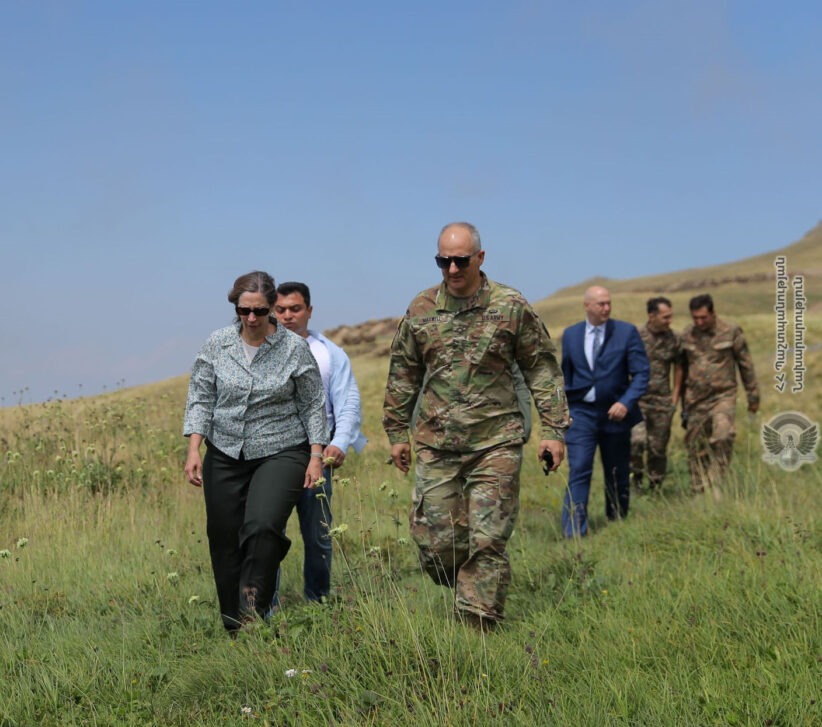 Armenia’s conflict with Azerbaijan is not over and the issue of the status of Nagorno-Karabakh remains unresolved, US Ambassador to Armenia Lynne Tracy told reporters during her visit to the bordering Syunik region on August 23.

Those areas have been the site of recent incursions by Azerbaijani forces, which have resulted in violent clashes and multiple deaths.

Ambassador Tracy told reporters that the US will work as part of the OSCE Minsk Group to de-escalate the situation and work towards a final settlement of the conflict between Armenia and Azerbaijan. The OSCE Minsk Group, chaired by the US, France, and Russia, was set up to find a final solution to the Karabakh conflict.

This is not Ambassador Tracy’s first visit to the region. In July, she traveled to the border areas of the Gegharkunik region where ceasefire violations were also registered. She furthermore visited the Syunik region in April and August.

“I want to make it clear that we call for the de-escalation of the situation so that the violence ends as soon as possible,”she said.

This comes as a number of ambassadors stationed in Armenia, including Russian Ambassador Sergey Kopirkin and EU Ambassador Andrea Wiktorin, traveled the border areas which have been the site of recent cross border tensions.

“Armenia-China relations should be taken to the next level”, Chinese official

Nagorno Karabakh: Everything is not lost, much can be restored