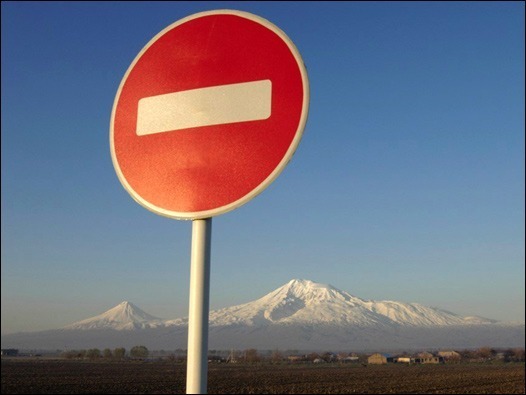 A five-year government action plan, approved on Thursday by Armenia’s legislature, states that “Armenia is ready to make efforts to normalize relations with Turkey.” Lawmakers in the National Assembly, as the country’s single-chamber parliament is officially known, voted 70-0 to approve the plan. But only representatives from the ruling Civil Contract party took part in the vote, with opposition lawmakers harshly criticizing the plan and refusing to vote on it.

Normalizing relations would entail mutual diplomatic recognition and reopening the two countries’ border, which runs along the Armenian regions of Shirak, Aragatsotn, Armavir, and Ararat for over 300 kilometers. But there is little detail on how this would work in practice.

In a speech presenting the plan, which outlines the Armenian government’s priorities through 2026, Pashinyan did not directly mention Turkey, but did say that “Armenia should pursue an active and proactive foreign policy, working with all states and international organizations in order to have effective working relations.”

The five-year plan stresses that Armenia will approach the normalization process “without preconditions” and says establishing relations with neighboring Turkey is in “the interests of stability, security, and the economic development of the region.”

Relations between Armenia and Turkey remain extremely tense. Though the two countries officially recognize one another, diplomatic relations have not been established in the three decades since Armenia’s independence from the Soviet Union in 1991.

Ongoing disputes include Turkey’s refusal to acknowledge the mass killings of Armenians in the Ottoman Empire during World War I as an act of genocide, as well as Turkey’s role in aiding Azerbaijan in its war against Armenia last year in and around Karabakh. Additionally, the Armenia-Turkey border has been closed since 1993, when Turkey and Azerbaijan imposed an economic blockade on Armenia that remains in place today.

In 2009, Armenia and Turkey signed two bilateral protocols in an agreement brokered by France, Russia, and the United States. Those countries are also the three co-chairs of the Minsk Group, which was formed in 1992 and is meant to encourage peaceful resolution of the conflict between Armenia and Azerbaijan.

The Zurich Protocols, as they came to be known, would have established full diplomatic relations between Yerevan and Ankara, reopened the Armenia-Turkey border, and set up a joint historical commission to study the Armenian Genocide. However, neither country’s legislature ratified the agreement, and Armenia formally declared the protocols null and void in 2018.

Armenian government officials at the time said their decision to pull out from the agreement stemmed from Turkey’s unwillingness to implement the protocols, with then-President Serzh Sargsyan saying that “the Turkish government has no political will, distorts the spirit and letter of the protocols, and continues its policy of setting preconditions.”

Over the coming days, CivilNet will continue to publish a series that examines the most significant elements of the plan.

Understanding remedial secession and the status of Karabakh